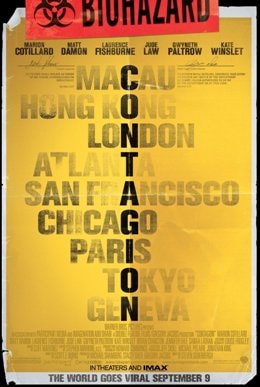 Warner Brothers has begun a publicity campaign for a new calamity film, called Contagion, scheduled to be released in the U.S. on Sept. 9. Directed by Steven Soderbergh, and made with cooperation from the Center for Disease Control and Prevention, the film is about a deadly flu pandemic in which millions die.

With an all-star cast that includes Matt Damon, Kate Winslet, Gwyneth Paltrow and Elliot Gould, movie industry analysts are expecting Contagion to draw big crowds and earn Warner Bothers a profit on the $60 million it invested in the film.

But is it possible that this scary movie could also have a financial impact on the dozen or so biotech companies that are currently scrambling to develop a universal flu vaccine? Could the increased public awareness actually help cash-strapped researchers raise the funds they need to accelerate R&D programs?

The answer could be yes, if the stock-market experience of BiondVax Pharmaceuticals is an indication of investor interest.

BiondVax is one of the leading contenders in the race to find a universal flu vaccine, with its platform technology recently completing a successful Phase II trial. The company’s stock price has fluctuated dramatically over the years, often in an apparent response to the perceived public threat of a catastrophic global flu outbreak.

The company’s share price on the Tel Aviv Stock Exchange spiked most sharply in 2009 at the time of the swine flu outbreak, going overnight from about 2 shekels a share to 7.

BiondVax’s universal flu vaccine candidate attempts to overcome the limitation of current flu vaccines, which are strain specific and target proteins (hemagglutinin) on the surface of the influenza virus. As the hemagglutinin protein changes when the virus mutates, flu vaccines have to be constantly reformulated.

BiondVax’s platform technology breaks new ground because it targets conserved areas of the influenza virus, which are common to all strains. The technology has been shown in laboratory tests to provide protection against all known strains of flu, including swine flu and avian flu.

The company had expected to wait for the completion of its vaccine enhancer product, which is based on the same technology as its universal flu vaccine product, before attempting to raise the funds needed for the more extensive trials required for the universal product.

But that was before Contagion was produced.