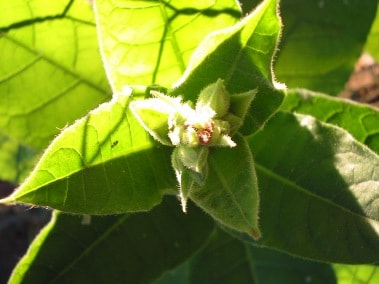 The Israeli life sciences industry has shifted its focus from drugs to devices even though many of the underlying technologies have more in common with bio-pharma than with bio-med.

Until about 15 years ago, VC investment, and the R&D talent that accompanied it, was drawn to developing biopharmaceuticals, while the medical devices sector was very much the poor cousin of the life sciences industry.

But in recent years, investors, seeking faster regulatory approval and a quicker return on their investment, have funneled a majority of their cash into the medical device sector. During the past decade nearly two-thirds of VC investment has been in medical devices, with about a third in biopharma, a reversal of the American trend.

About 400 companies, 57% of the total number of the country’s life science companies, according to the Israel Life Science Industry trade association, are now classified as medical device companies.

Yet, at a scientific or industrial level, sometimes the distinction between biotech and medical device is blurry. Often, it’s just a matter of how the FDA categorizes a product.

A good example is CollPlant, a developer of recombinant collagen products, and the innovator of a platform technology that is in many ways more sophisticated than those used in the development of many drugs. Because collagen is a structural protein without biological activity, the FDA recognizes collagen as a medical device.

CollPlant’s platform technology, however, involves the use of a very advanced type of genetic engineering: the human collagen is produced in tobacco plants through a transgenic process involving the insertion of five different human genes.

The technology is believed to be the first protein product derived from such a large number of genes (EPO by comparison involves only a single gene) and earned its inventor, Professor Oded Shoseyov, a company co-founder and CSO, the prestigious Hebrew University of Jerusalem Kay Award for Innovation.

As CollPlant’s collagen is grown in and extracted from plants, it offers clear safety advantages over conventional collagen products that are either derived from animals or human cadavers. In addition, because CollPlant’s collagen remains human in content, it is believed to be more easily integrated into the body and less likely to be rejected, thereby speeding up the healing process when used as a wound dressing, bone void filler or for the repair of other tissues.

Even more promising are the advantages of CollPlant’s recombinant collagen’s improved biofunctionality and enhanced physical properties such as tensile strength and extensibility: these qualities are enabling the company’s R&D team to design novel products not possible to be manufactured from animal-derived collagen.

With this goal in mind, CollPlant is co-developing orthopedics products with Pfizer as well as cardio products with Edwards Lifesciences. The company expects to find large untapped markets in Japan and China where consumers are reluctant to use animal-derived collagen products.

Financially, the company has received investments from leading life science VC funds and is now publicly traded on the Tel Aviv Stock Exchange.

The poor cousin has come of age.