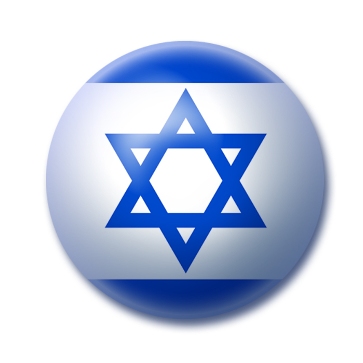 The Israeli and American biotechnology industries are quite closely intertwined, with collaborations ubiquitous in academia, the clinic and in the financial community.

What seems to makes the interplay successful is that there is no fixed pattern- players on both sides change roles according to various needs and opportunities. For instance, the U.S. seems to be a bigger draw for academic studies in this relationship, but when it comes to clinical or industrial work or finance, companies will simply go where the best deal is.

A good example is Prolor Biotech, a developer of therapeutic proteins that owes its origins to the almost de rigueur custom of Israeli life science Ph.D.’s doing post-docs at American institutions. Dr. Fuad Fares did so in the late ’90s when he joined a research team investigating fertility hormones at Washington University in St. Louis. The team developed a technology – a short, naturally occurring amino acid sequence known as CTP – that could increase the life span of hormonal injections used to promote pregnancy. Merck & Co. eventually licensed CTP in order to develop Elonva, a hormonal injection that requires a once-a-week dosage compared to the once-a-day dosage of the non-CTP version.

Dr. Fares returned to Israel in 2001 and established a start-up in a business incubator, looking for additional therapeutic protein applications for CTP. In 2005 he was joined by Dr. Avri Havron and Shai Novik, veterans of both the US and Israeli biotech industries. They accelerated development by raising funds in the US, first from investment angels and then later through an IPO on the over the counter (OTC) exchange in New York because, “At the time (2007) the Tel Aviv capital markets lacked experience in the life sciences and we didn’t think we could get funding in Israel,” says Novik.

But by 2010 things had changed. The Tel Aviv Stock Exchange (TASE) had become more interested in the life sciences, and more than 50 biomeds were traded locally. Prolor did a dual listing on the TASE, joining Teva Pharmaceuticals, Protalix, and other biopharma companies with public shareholders on both sides of the ocean.

The trans-Atlantic give-and-take is also evident in the way that the company does its R&D and clinical development. Prolor now has four CTP-enhanced proteins in its pipeline, including a growth hormone product that is about to enter Phase 3. Yet the company was able to do all this with a very small in-house staff of about 25 employees.

That’s because the company does “early stage R&D in-house here in Israel, and then sub-contracts the preclinical and clinical work to outside providers all around the world,” says Novik, noting that the company does its protein manufacturing in Massachusetts and toxicology studies in Michigan.

Novik sums it up this way: “We run our company the American way, but by being located in Israel we have lower cost structures than comparable companies in the U.S., and we are able to draw from a great pool of local talent. Also, we are able to get state support, apply to binational funds and thereby maximize our assets.”