Creativity at the Interface of Academia and Industry 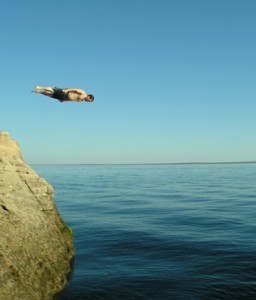 Aspiring biotech entrepreneurs often try to find a novel technology of their own that will lead to commercial success. But, as the career of Itschak Lamensdorf suggests, sometimes the best way to be both innovative and successful can come from facilitating the projects of others.

When Lamensdorf completed his post-doc studies at the NIH in 2000, like many other young grads, he plunged into the business world with the ambition of using basic research that he had worked on as the foundation for a commercial start-up venture.

The company he initiated was based on a modified antisense platform technology for CNS drugs. But after several years of work in a business incubator, he abandoned the project when the funding ran out.

“If I had the managerial skills then that I have now, I would have been able to raise the money,” he observes with hindsight.

However, instead of giving up on being an entrepreneur when his start-up closed, Lamensdorf decided to develop a business based on providing a service that his fledgling company had been unable to find.

“There was an unmet need for a CRO (Contract Research Organization) with a completely different model than any that existed at the time,” he explains.

“What was missing for me was a company that could provide not just technical services but a body of knowledge that would include all the scientific, regulatory, pre-clinical and clinical consulting services and ‘execution’ tools that meet the specific needs of a company,” he recalls.

Starting out by working from the living room of his apartment, Lamensdorf founded Pharmaseed, a company based in Ness Ziona, just south of Tel Aviv, that today comprises about 40 employees, with more than half of the staff Ph.D.s.

“Instead of providing technical services like a commodity, we developed a model that leverages the power of a highly knowledgeable and experienced staff with creative and innovative ideas of their own,” he says.

He notes that he has not been afraid to take a stake in some of the inventions that Pharmaseed has nurtured. “We now have equity in one company that is repurposing drugs for Parkinson’s disease and in another with an innovative drug for ischemic stroke.”

Lamensdorf does not regret foregoing a career in either academic research or with a biotech company working in a single area.  “What I find exciting about being in a company of this kind is that as I am at the interface of academia and industry. Consequently I work in a sort of bilingual way in the languages of both worlds. It’s true that I don’t have the singular focus that comes with an academic career but I get a lot of satisfaction out of being exposed to a broad range of fields.”

Pharmaseed today offers specialized expertise in a number of areas such as CNS diseases, inflammatory diseases, oncology and stem cell research. Lamensdorf points out that the company is constantly moving into new areas and offering new services “as more and more of the tools of the high-tech world are incorporated into biotech studies.”

“I envision a day when a sponsor will be able to conduct a pre-clinical trial with us through cloud computing interphase,” he says.