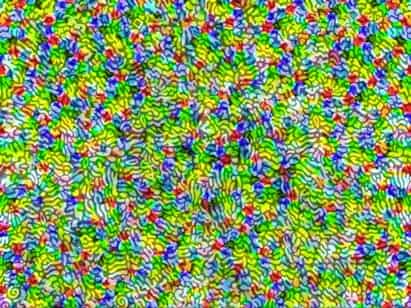 Africa is the world’s second largest and second most populous continent, comprising more than 54 countries. With a population of over 1 billion, it is attractive for any investor. Being successful in these markets requires insight into the languages, cultures, government bureaucracy, regulations, type of innovative technologies and workforce of each country. Every one is different, and this makes it very difficult to use the same recipe for any two countries.  There may be similarities in the regions but inside information is still required.

As a result of colonialism, many African countries inherited European languages. In addition to these languages, there are many national languages that are spoken. For example, French is the dominant language in Central Africa, while English is dominant in Western, Eastern and Southern African countries. North of Africa, in addition to English you can survive if your Arabic is good.  There is also Portuguese spoken in Angola, Mozambique and Equatorial Guinea.  This makes it a rainbow continent. The language barrier can be seen clearly in the type of investments made in these countries, French pharmaceutical companies feel more comfortable establishing themselves in French-speaking countries.  This paradigm is gradually changing as people begin to understand the culture and language of these countries.  South Africa is learning fast in this area and taking the lead in penetrating the African market. This is done by hiring locals who can speak the language to be part of the development or management team.

If you consider culture to be an integrated pattern of human knowledge and beliefs, as well as a set of shared attitudes, values, goals, and practices that characterize a group of people, then Africa is a continent with diverse culture. This should be seen as an opportunity for any investor. Certain countries in Africa are very particular about the clothes that they wear. The religion practiced by the people in the country allows the women to dress in certain attire, and cotton is the most preferred and affordable clothing material. Thus, the introduction of genetically modified cotton in South Africa and Burkina Faso will not only increase the cotton production but will also revive these industries that are competing with cheap imported materials. Another interesting development in the agriculture sector is the emergence of different types of farmers. The younger farming generation would prefer early maturing, high-yielding food crops that are resistant to environmental and biological stress factors. This is simply because they want to make money fast, therefore, seed companies should  be aware of this new trend.  In general, only companies that know what their customers want will grow and expand fast in Africa.

Government bureaucracy and regulations: This is an area in Africa where every country has its own governance model. This normally confuses investors and is one of the biggest hurdles to jump, though some African countries are putting systems in place to make it easy for an investor.  It is now clear that for unemployment to be lowered in African countries, Small Medium and Micro Enterprises (SMMEs) have to be encouraged and fully supported by governments. In the ’80s and early ’90s, the government in many African countries was the major employer. African countries have realized that there is a limit to the number of jobs that could be given by the government and are now encouraging SMMEs. This is good for economic growth; however, they have not learnt how to remove the hurdles for investors.

Investors prefer a soft landing or reward (tax holidays, tax loss, tax incentives for the initial period especially for SMMEs, favourable exchange laws) to make the country attractive to invest.  Regulations are good but the bar on meeting these regulations do not have to be cumbersome. This at times is a bottleneck in selecting a country for investment. In the biotech sector, countries like Kenya, South Africa and Egypt will benefit in the agriculture and pharmaceutical industries, because they have started putting in place policies that are attractive to investors.

Another positive is that Africa embraces technology without fear.  The cell phone has revolutionized the African market. Novel biotechnology food products are widely accepted.  South Africa is one of the most technological-advanced countries in Africa and it is successful in selling its products to Africa because they can produce and sell at affordable prices and the quality is high. Africans do not compromise on quality, contrary to what some investors think.  The salary range in Africa is normally divided into three categories: high, middle and low income class.  In many African countries, the buying population normally falls within the middle income class, and this is usually the young generation who normally desires innovative technologies. As an investor, you must know and understand the target group that you will like to sell your products.