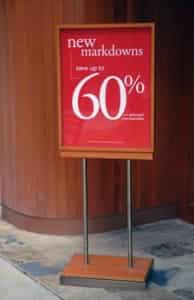 I attended BIO this year, and while there I felt responsible for China as a Trade Secrets contributor, so I settled in at “The China Day” – a day-long program organized around China, and was happy to take down some interesting numbers from the morning session.

Two domestic Chinese biotech companies shared their development stories. Beijing Continent Pharmaceuticals and Beta pharmaceuticals have a lot in common – both started 10 years ago from discovery research, both developed pipeline in specific therapeutic areas, and both got their first innovative drug approved by Chinese SFDA last year. There are not many Chinese biotech companies who had gone through the drug development and approval process, so their perspective offered some valuable insights.

According to Ying Luo, chairman of Beijing Continent pharmaceuticals, his company’s development experience was that China costs about 1/3 to 1/2 less than the US at the discovery stage, with the pre-IND cost in China being between US$600,000 to US$1 million.

The cost of clinical trials between US and China were estimated as following:

Mr. Luo pointed out that the cost saving in China seemed not significant at the early stage but obvious at the clinical trial stage. This seems especially true at phase III, where the cost could be 10- to 20-fold less than that is in the United States. (Continent pharmaceuticals has its own in-house clinical development team.)

Beta pharmaceuticals started 10 years ago by screening for  EGFR- Tyrosine kinase inhibitors based on Gefitinib (Iressa) and Tarceva’s molecular structure. In early 2000, Beta discovered Icotinib. Mr. Xinxiang  Wang,  CEO of Beta pharma, said that they were able to develop Icotinib with a relatively small team, by efficiently using contract research organizations. The trial was double-blinded and multicenter, comparing Icotinib and Gefitinib in advanced non-small cell lung cancer. It involved 500+ patients, and, thanks to the large number of hospitals involved, the total recruitment time was only 11 months.  He said that they spent about 60 million RMB (US$7+ million) in Icotinib’s phase III trial.

This number is low – their full China clinical development program could be less than $11 million. Globally, 10 years and $1 billion has been the price tag of a new molecular entity, though people say it is getting longer and more expensive.

I caught up to Mr. Luo in the hall way and asked about this large difference in cost.

Luo was friendly and stressed that trials are different by drug, size, protocol and patient number, so one cannot generalize the cost. In addition, his numbers are not from a comprehensive poll, but individual experiences of his company and his peers. “But innovative biotech companies are rare in China, maybe not more than a dozen,” he said.

Another contributing factor to the cost difference in the clinical trial may pertain to the number of patients tested, Luo pointed out. Global pharmas usually conduct several phase III trials globally on one drug candidate, each ranging from a few hundred to a couple thousand patients. In China, there is a requirement on the patient number for phase III trials, which is to have statistical significance and with minimum 300 patients on the test arm.

Beta pharma’s 10 years development seems to have created a blockbuster in China. The product was launched in August 2011. Sales reached RMB 100 million in February 2012, and is projected to reach one billion RMB by 2016. Mr. Wang said Beta is preparing to file FDA approval in the United States.