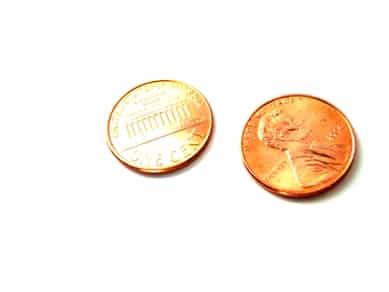 During lunch the other day, Walter Lau and I tackled a question raised by a Trade Secrets reader: “How can a small biotech raise funding in China, after having biological proof of concept?” Walter is a managing partner of Cenova Ventures, one of the few healthcare-focused VC funds in China.

For typical Chinese biotech companies, the first and main source is most often the government. The funding comes from national as well as local levels, and goes not only for research, but also to commercialize the research from the labs. The national funding comes through a variety of ministries via different programs. Two of the biggest biotech funding sources are the Ministry of Science and Technology and the Natural Science Foundation. Some of the highest profile programs, such as the 863 program, the 973 program and the Torch Initiative, are under the Ministry of Science and Technology.

Local governments usually offer support through industry parks. Science and technology parks in large cities give incentives to scientists to start companies in their city, and offer lab space, startup funds, tax rebates, and administrative support in return. It is said that local government spending on biotech R&D is about 65% that of central government funding.

For international biotech startups hoping to get funding in China, the options, unfortunately, are limited. Government programs mostly do not fund foreign companies. Local industry parks do offer incentives, but hardly in meaningful startup funds. The typical VC funding path familiar to the US biotech startup is almost nonexistent here, despite the fact that there are many VCs and a lot of money in China.

“Few of the VC funds in China are focused on life science and healthcare,” Walter noted. “And the ones that are in life sciences tend to invest in areas of faster return, such as healthcare services, medical devices and diagnostics, and in companies in the growth and pre-IPO stages (For more on this topic, click here).

While “early ” in the US may mean biological proof of concept straight from the lab, “early” in China means just beginning to have revenue. A company with revenue of tens of millions of renminbi and a profit of several millions of renminbi can still be considered an early stage company. “So ‘early’ in China translates to early growth-stage in America,” Walter pointed out.

Another possible funding option is domestic angel investors. “Coal boss and real estate” as people like to refer to them collectively, are individual investors who made their wealth in more traditional ventures, and look for new investment frontiers. Biotechnology has at times been deemed a trendy investment, but when it becomes clear that it does not have a six-month investment time frame, enthusiasm wanes.

So I pointed out that startups outside China don’t qualify for government funding, are considered too early for VC money, and that private money is quite elusive. I asked, “Have we concluded that there is not a lot of hope?”

“There are certainly viable business models for drug development startups,’’ Walter replied, “There are money and resources in China, but one has to be creative.”

We talked about Lead Therapeutics as an example. It was a preclinical-stage drug development company. The company’s business model was to generate improved leads on clinically validated targets, and take them through to pre-IND candidates for partnership, licensing or acquisition. To enable this model, all the discovery and preclinical studies were conducted in their China lab for the cost advantage. Lead Therapeutics was started April 2007 with initial US and China VC funding, discovered a promising PARP-inhibitor November 2009, and was acquired by BioMarin February 2010.

So another way of financing is by way of saving. It is said that one can do three preclinical programs in China for the cost of one in the US. That figure is roughly 2:1 on the clinical side – this is the same as raising two to three times as much money.

As the Chinese put it: when money is tight, spend a penny twice.