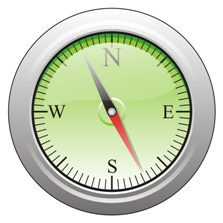 Entrepreneurial life sciences companies have set their sights on overseas markets and have formed international partnerships to gain access to distribution channels and insight on product specifications, registration, and user preferences. I estimate that this “global health” market place is between $250-300 billion in annual sales, using a 2009 pharmaceutical sales forecast that put 14% of the total of $820 billion resulting from the emerging economies of China, Brazil, India, South Korea, Mexico, Turkey, and Russia (2009 Forecast), and so about 17% ($147 billion) occurred in the rest of world including those countries with few resources in health care. Applying the same ratio to a world diagnostics market of $44 billion, I add another $14 billion, giving a approximate non-US/EU/Japan global health pharma/diagnostics products market of $276 billion.

For these entrepreneurial companies, the number of partnerships between companies in the US, Canada, and Europe (aka “the global north”) and in the developing world (aka “the south”) is substantial. In 2009, researchers at the McLaughlin-Rotman Centre for Global Health of Canada reported on a survey of 500 biotech companies based in north and found more than half had active collaborations with companies in the developing world. To get an idea of the type of collaborations, the same authors interviewed Canadian biotech companies (of which 25% had non-US/Europe, international collaborations) and found collaborations primarily for, in descending order: product development (R&D and clinical trials), contract research or manufacturing, and product distribution. The authors also noted that the collaborations were bi-directional, with knowledge and capital flowing both ways, and were self-initiated; government and international group involvement was absent or limited.

So how may more north-south company collaborations be facilitated? Currently, the major international biotech trade group is the Biotechnology Industry Organization (BIO) which has only a few members from the global south, due to several possible reasons, but probably not the cost of membership which is a few thousand dollars for small companies. For the past several years, BIO’s annual meeting has attracted international attendees, about one-third of the 15,000, hosted 30 national exhibitors, and organized a track on Global Innovations and Markets. The best opportunity for deal-making or at least introductions is the conference’s Business Forum, through which person-to-person business development meetings are scheduled with other BIO attendees. But, of course, this confab is only once a year.

Obviously, in the Facebook age, there is the potential for international connectivity and subsequent deal-making afforded by now almost-ubiquitous internet access. A web-based “International Biobusiness Association” sounds like a good idea, but I haven’t found one. In the vaccine space, there is the Developing World Vaccine Manufacturers Network (DWVMN), which is such a trade group and may be a model. Given my involvement in business mentoring and coaching, I think there is a place for an online matching service for companies seeking access to expertise and connections that may lead to collaborations and have commented and proposed several models in my global health business blog. The challenge, of course, that that deal-making is a physical contact sport, so using electrons to build the required inter-personal relations is just the start. For entrepreneurs who are looking for business in Africa, there is the networking site with a meet-up function, Venture Capital for Africa. Here in Boston we have a great website for promoting elbow-rubbing and information-sharing called Greenhorn Connect. I wonder if the founders of either are interested in franchising internationally?