The Field of Entrepreneurial Dreams 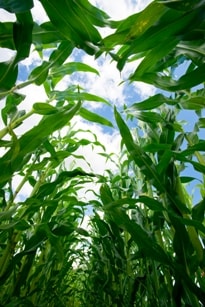 My wife is from Iowa, and although I lived and worked there, I have never visited the famous Field of Dreams. I’ve been told it is more a symbolic site than a bona fide tourist destination. Nevertheless, I find myself attracted to the site of the iconic movie that first posited the famous “if you build it, he will come” quote. I’ve met many people who, in business, have invested heavily in technologies where the business plan is hardly more that this: “Build it, and they will come.” Something in my own personality likes this idea and would love it to be real. Alas, my experience tells me otherwise.

It is both a strength and a weakness of technology entrepreneurs. I find it easy to be bewitched by the lure of new discoveries. I may read about a new technology or recent innovation and it triggers something in my head. Perhaps, it engages with some other piece of information I have stored, and forms a hybrid idea that, like many chimaera, would not exist but by human imagination. I might find myself setting off on a curiosity-driven journey of discovery. I first try to understand it, then start thinking about whether there might be a potential market, or where that may be geographically.  I think about the barriers to entry, potential start-up costs and whom I might approach as part of a management team, and so on.

It is a virtual exercise at that point. Something that takes place entirely in my head, or, if it continues to niggle at me, it may even make it to a kind of “hard” record, usually some rough notes on the iPad app Paper by 53. If, after some weeks and some time away from the idea, I find myself still thinking about it, I may jot down a slightly more structured Draft, Potential, Business Plan Proposal (DPBPP). I like this term because it allows me so many steps to drop the idea.

From there, over a period of time, it might progress to a Draft Business Plan Proposal (DBPP), at which stage, I often introduce the idea – no matter how speculative – to someone whom I trust and who is critical enough to point out all its flaws. If it survives this step, and I am finding more positive than negative indicators, I just cannot help but want to pull together a Draft Business Plan (DBP).

By this point, I am invested in spirit if not monetarily. I need to go through all of the usual brutal business plan steps trying to destroy the idea while simultaneously keeping the vision of my “proposed future.”

Many academics studying the attributes of entrepreneurs point to the tendency to create the world in their image, as a major part of the psyche that leads them on the journey. This ability to create a vision of the future completely in their heads isn’t simply seeing a the image of a business idea going through the standard steps to fruition. It is much more esoteric and fundamental. Entrepreneurs will actually create a high quality, highly detailed version of their future in their heads, complete with off-target components like how a proposed business influences some other aspect of their life, or how they might call upon a long-lost friend to help design the product or oversee this aspect or that. The whole things is laid out, like scenes in a play, complete with the actors and all the drama.

I believe that this point of creation is the part I personally enjoy the most – using imagination to paint a picture. In this way, the commercial landscape is a canvas and the new technologies are the palette.

I’m not sure if the idea of an entrepreneur as an artist has been mooted before but I’d be interested in the views of Trade Secret’s readers and contributors on this.

Of course, the hard work is just beginning, and the whole gamut of awaiting obstacles and challenges involve many other skills, attributes and personality traits. Still, I think it’s informative to know my own drivers.

Sometimes I think my interest begins to wane as soon as the company is real and the trading begins. I am certain, however, that in both of my own start-up companies, I felt the pull of new adventures after three to five years, and was happy to pass on the running of the company once it was steadily performing.

If, any of this sounds familiar to you, then you already know that you’ll need to find yourself an anti-version of yourself: a wing-man, or -woman who sees all of the difficulties and all of the reasons why it just can’t work. You need a chief operating officer or chief technology officer who is weighed down with the details of making the vision real but who is a pragmatist, with an Orwellian-vision of your future where utility is king and process is required. These people know that you can’t go from A through Z without putting all the other bits in place first.

The Field of Dreams quote is a great starting point for a business. Dreaming is such a powerful driver. However, in the make-or-break world of commercial reality perhaps a more fitting, realistic statement might be “Dream it, plan it, implement it, and, you know what, they might just come.”