Trust Me I Am a Spin Doctor 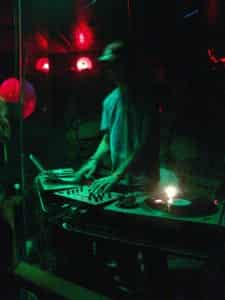 By the time you read this the US presidential race may well be over and the incumbent will be looking back on a campaign well fought. For me, a lasting memory will be the three presidential debates. The first and last were relatively gentle affairs with no particularly memorable moments. The second,  however, was a blistering encounter with punch and counter-punches, narrowly won by President Obama.  It hinged, at least to me, on an error on Governor Romney’s part, in which he insisted that the President had not made a statement that he actually had. The effect of such a small part of a very wide-ranging debate was a classic example of the importance of words and how they are used. In the hands of skilled protagonists, they are deadly tools, weapons of mass humiliation. Mitt Romney was able to easily win the first debate by spinning the economic data and various polls and statistics to suit his own political agenda.  In the second, President Obama was armed to the teeth with his own statistical summaries and brandished them with aplomb.

From the perspective of a non-US citizen these debates are interesting for a number of reasons, but for the purposes of this blog I wanted to focus on one aspect – the “spin.” Clearly, spin, or as the Oxford English Dictionary would say, “the presentation of information in a particular way; a slant, especially a favorable one,” is ever-present in almost every political race worldwide. However, the public perception of spin is generally negative, since it implies putting a gloss on a fact that it doesn’t deserve. Moreover, the term “spin-doctor” is often given to the most clever strategic political advisors able to control information. These are often bracketed with the worst side of politics and suffer derision as representing a kind of moral corruption.

In the world of science, this kind of phenomenon is a problem. Science is objective, evidence-based, pure. Science would be sullied – polluted even – if it were to be contaminated by spin. Yet, one of the major outputs of the biosciences (drugs) is probably the most hyped product available anywhere. Every time I hear an advertisement for this or that drug, especially those that I am most familiar with, I cringe at the long list of “Tell your doctor if you experience……….” that accompany them. Tell your doctor if you experience spin perhaps should be one of these.

The truth is similar to something said by Karl Popper, one of the fathers of scientific logic:

“It might do us good to remember from time to time that, while differing widely in the various little bits we know, in our infinite ignorance we are all equal.”

As far as our knowledge of how any particular drug works, I am consistently amazed that we know very little about even our best known drugs. Is anyone else intrigued by the stream of new aspirin studies that appear almost monthly? Indeed, if Popper were addressing this issue, he might have said:

“It might do us good to remember from time to time that, while we know various little bits about the drugs we use, what we don’t know is still staggering.”

Too much? I don’t think so. One particular reason for our lack of insight into the characteristics of our pharmacopeia might be the huge over-reliance on animal data during the drug discovery process. Last year, I was one of 17 authors, including Sir Ian Wilmut, on a letter printed in the UK medical publication The Lancet that called on the UK government to invest in an objective assessment of the technologies now available for safety testing. Technologies that relied on molecular, cellular and even tissue screens instead. However, this issue, like many others, is not science but a political issue and so like all political issues vulnerable to spin.

Perhaps, at the level of the entrepreneur, attempting to build credentials for his or her new biotechnology product, the attraction to use spin is even more powerful than at the level of the corporate giant. What if the new entrepreneur is a academic wishing to commercialize his or her own innovation? Have our universities suddenly, over the last five years, improved their research exponentially, or is their ability to produce press reports at a much more “mature” level? Is it disrespectful to suggest that spin has spun its way into our establishments of learning?

In a recent post on Scientific American’s Science Sushi Blog, PhD student Christie Wilcox discusses this very point and actually reports a French study that suggests 47% of medical press releases contained spin. What was fascinating was that if the original scientific study didn’t contain spin, then only 17% of the press releases did. This suggests that the major component of spin is coming directly from the scientists. The university press officer needs good press, the entrepreneur needs good press, and the scientists need good press. Who then suffers? Caveat emptor seems appropriate here. Clearly, the entrepreneur will be thoroughly screened by investors and other stakeholders who will carry out due diligence to protect themselves from financial risk. Is there an equivalent on-campus? Who is responsible for protecting universities from the reputation risk associated with questionable spin?

Just like our two political giants slugging it out in a series of highly public presidential debates, our own constituency of academic scientists, biotech entrepreneurs and funding stakeholders are in a constant battle to win ground. How much they rely on spin I guess depends on how much actual real good news they have to tell. Perhaps it might be best to leave the last word to Karl Popper:

“Those who promise us paradise on earth never produced anything but a hell.”