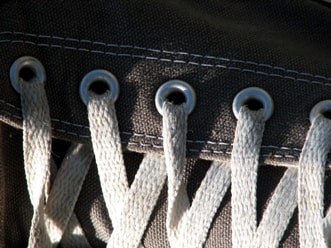 It’s been a crazy few months. I’m a 2nd year PhD student in Biochemistry at the University of Oxford, but recently took the plunge and started my own company, Marblar. With my team—so far, two other PhD students—we’re setting our sights on radically altering how science is commercialized and getting very little sleep along the way.

I want to share what it’s like to be a student-entrepreneur trying (and struggling) to balance thesis work along with the expectations of a venture-backed startup. It’s not easy, but I wouldn’t trade it for anything in the world. The days may be long, the to-do list ever longer, the lost social time a drag, but it’s been the best time of my life. Let me take you through the past few months and maybe you’ll understand why.

I first decided to take the plunge this past winter. I was literally biking home in the rain (such are Oxford winters!) and had had a terrible day in the lab (who hasn’t?). I felt my PhD work was failing to go anywhere significant and I was getting restless—I wanted to make an impact now; I didn’t want to keep waiting, keep deferring and keep telling myself that one day suddenly I’d make a difference. I wanted to do it now. So I set out to start my own company. Note: The biggest thing holding back entrepreneurs is fear of the plunge. I say lace up your Nike’s and Just Do It. (In the interest of full disclosure, I wear FILAS).

It’s been a crazy ride. I initially reached out to my friends to see if they were interested in joining. Of the 5 of us who initially came together, only two of us stayed: Mehmet (who’s a neuroscience PhD student at King’s College London) and me. I think finding the right team members is crucial. Ideas are everywhere, but execution is what matters. For me, the following three key features are important for a team:

So Mehmet and I went off to sell our story to prospective investors. This was a great experience in itself; catnaps on the train in between editing powerpoint slides and winging financial projections on excel. My goal was also to find an investor who would deliver not just money, but also sector knowledge. Luckily we found a VC firm–IP Group (based in London) that shared our enthusiasm, ambition, curiosity and who were crazy enough to back a pair of students with a disruptive and unproven business model. Our product at Marblar, which involves crowd-sourcing market applications for university intellectual property, also matched their business interests that center on university science across the UK. Thus, we gained not only a powerful and respected ally in the university commercialization sector, but also one whose interests align with our own.

Surprisingly, the experience of raising money wasn’t as painful as you’d think. We’d heard horror stories of people approaching dozens of VCs and angels to get their product funded—for us, IP Group was one of only two outfits we seriously approached. I had met both firms while running another entrepreneurial organization, Oxbridge Biotech Roundtable, which afforded me the platform to get to know industry players and learn leadership/organizational skills. Even before I had an idea for a product I had instigated a relationship with a few prospective funders, knowing I wanted to pursue entrepreneurship. They all have a particular approach and particular personalities. Some like to invest early, others prefer coming in at Series A or B, or later. Some move fast, some slow. My advice to any prospective student entrepreneur is, Get to know them. And let them get to know you. A great way of doing that is to start a student organization and invite them on campus. Share your story, take them out to dinner, learn from them and build a relationship.

I’ve learned relationships are everything in business. It is important to interact with people from across the gamut: entrepreneurs, managers, professors, writers, VCs, scientists, even janitors & interns. They can all teach you something! I’ve always been shameless about trying to learn from others.

Marblar is now well capitalized and moving toward building our product. Our days are consumed by talking to clients, media, web developers, strategizing about how to deliver the best experience to our customers. Of course we’re also attempting to get our PhD work done at the same time!

One last lesson I have learned from starting a business: talk to your clients early and often. I learn so much whenever I meet my clients (usually university or research institutes). Most importantly, I also learn about their unique situations and hurdles, which always helps me improve the Marblar offering so it is tailored to their needs.

Recently I added a third member to the Marblar team; Gabriel Mecklenburg, a PhD student in regenerative medicine at Imperial College London. Gabe’s someone I’ve known since December and I’ve seen his skills in action as leader of the largest Oxbridge Biotech chapter, in London. And let me tell you: Gabe’s a sponge. With him, you never have to say things twice. He reinforces my belief that with an A-team anything is possible.

That’s all from me for now. I’ll delve deeper into teams, building relationships, and raising capital next time. For now, I gotta get some rest. I gotta run a load of DNA gels tomorrow in between conference calls with my web developers.