Blind Technology Transfer: our challenge from the South 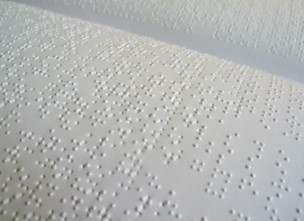 The last years have been characterized by an accelerated transforming process of the cultural, economic, political and social dimensions of society. Consequently, new trends have emerged — especially those developed by large and medium size companies — which support a business strategy oriented toward innovation through partnership with external research groups (coming from the scientific and technological system) under a new conceptual framework: the open innovation. This approach has particular relevance in some disciplinary fields such as biotechnology, in which boundaries between basic science and technology have blurred, causing an intense interaction between companies and the university research system.

Specifically, the systemic character of innovation places the problem of knowledge appraisal in the centre of processes. In this way, intellectual property becomes the focus of business strategies in order to improve or maintain their competitiveness. While for scientific and technological organizations, IP represents an effort to control and ensure knowledge transfer from R&D labs, especially in developing countries

In this context, and based on the conception that patents can be necessary but not enough for the applicability of research results, the relevance and appropriateness of analyzing the correspondence between patent development and R&D activities is shown. Furthermore, the problematization of this phenomenon appears as an opportunity to reflect on the relationship between scientific research investment and technology development processes, as well as their connection to innovation.

Concerning Argentina, it has seen its budget for science and technology substantially increase since 2003, and the institutional development of the science and technology system has evolved. Public-private partnerships under the open innovation model are also emerging, incipiently being supported by various public instruments that promote the new Ministry of Science, Technology and Innovation. This set of political actions has affected the field of biotechnology, developing  new businesses and  increasing the number of  patent applications, however, there is no evidence on the relevance of knowledge transfer from the public sector to industry.

As a result, it has become relevant to explore the fate of biotechnology research papers produced in Argentina. To do this, what determines which part of the local R&D is exogenously appropriated and can be measured through the reference of scientific papers in foreign patents is hypothesized.

Accordingly, the study focuses on reflecting upon the technological value of the knowledge generated. Specifically, this work shows the flow and the appropriation of scientific and technological knowledge developed in UNQ to foreign organizations and companies, whose circulation and diffusion occurred without the university being able to control, prevent or measure it.

Somehow, this sort of ‘liberation’ of knowledge – typical of the academic logic of science – can be understood as an indirect subsidy from the Argentinean public sector to foreign companies. Being this type of phenomena invisible to the political actions of the institution, we may consider them as blind technology transfer processes or just blind leakage of knowledge.

In terms of implementation of innovation policies between the central countries and the developing countries, a center-periphery relationship is established which, among other things, can be verified by observing the flow of knowledge from developing to developed countries.

We also face the problem of reflecting on the need to design new instruments to promote innovation, which, on the one hand, further stimulate local industry connections with the Argentinean scientific and technological subsystem, and, on the other, control, guide and/or streamline this ‘invisible flow’ of knowledge generated. This will require the active participation of other ministries (Health, Agriculture, particularly Industry) to complement and guide the initiatives of the Ministry of Science, Technology and Productive Innovation.

The universities will not be able to solve the lack of an industrial sector demanding research results, but they can be key actors in public policies for their own development. That is why it is imperative to re-signify the role of university technology transfer offices, as it will be desirable to increase the likelihood of research results appropriation. This forces us to think about the institutional significances of invisible technology transfer processes by developing new strategies of knowledge appropriation and appraisal.

Summing up, blurring boundaries between science and technology is a new phenomenon, especially in fields such as biotechnology. The awareness of the flow of scientific knowledge developed at a public university toward foreign companies and organizations becomes the driving force toward improvements in managing technology transfer offices and the development of innovative public policies for solving structural failures caused by industrial underdevelopment.