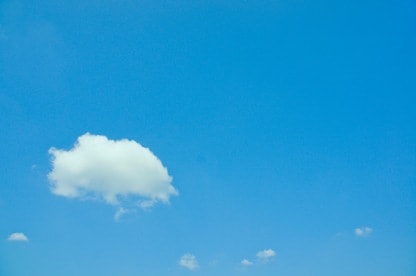 I read an article in The Scientist funding with a little cynical laugh the other day. It described how “The success rate of the government agency’s grant applications has hit an all-time low” – of 17.4% of all applications. That’s just under one in five: consider, then, that a recent call by South Africa’s National Research Foundation for 40 prestigious Research Chairs in local universities was over-subscribed by at least 10 to 1 – and that was with pre-screening by the institutions. Another call for “blue sky” projects for rated researchers – open to all 2,300-odd such people – was for a total of R15 million a year, and was expected to cater for about 30 projects. Even if only half of all eligible folk apply, that means only 2.5% – 1 in 40 – will receive anything. A further wry smile could be elicited by the fact that the R0.5 million a year (~US$70,000) they will get is significantly less than the US$100 000 that junior NIH grant recipients can expect, and after all that competition too!

In truth, funding for pure science in South Africa is simply bad. My colleague Blessed Okole, who works for a government-funded funding agency in South Africa who is a Trade Secrets contributor, may argue with me – but then, his agency (the Technology Innovation Agency, TIA) funds applied research – and mainly towards the business end of the pipeline, at that.

The NRF should be funding pure science, but their money seems to be tied up in a mixture of ring-fenced initiatives that leaves very little room for any “blue sky” initiatives. In spite of the fact that they had an initiative labeled “Blue Skies”, which raised a large amount of controversy due to the very strange conditions associated with it, which a response by the NRF President in South Africa’s premier science journal did nothing to quell. As it was, in 2010 the breakdown of the NRF’s funding was as follows:

Thus, less than one-fifth of their disbursement budget of around R300 million (~US$40 million) goes to established researchers – the 2300 people rated A to C – and then very little of that goes to “free” or curiosity-driven projects.

The fact that we get any funding at all, in the context of being scientists in a developing nation in Africa, is probably something to praise. However, however…the government, through the national Department of Science & Technology recently lavished R1 billion on a pilot project called the Karoo Array Telescope, which is aimed at proving to the world that South Africa can host the Square Kilometre Array. They also spent at least US$1.8 billion in failing to develop the now-defunct Pebble Bed Modular Reactor project, and the now infamous “Arms Deal” will have cost over US$10 billion by the time it has finished.

So it is not because we have no money, that there is not very much money for science – it’s just that the government doesn’t seem very interested. So it goes…we just play the lottery – pardon, the NRF funding game – with the rest of the country, and meanwhile we try to get money in from outside the country just as hard as we can. Who knows, maybe TIA can deliver – and maybe porcines will be airborne soon. We live in hope!