We Will Speak for You 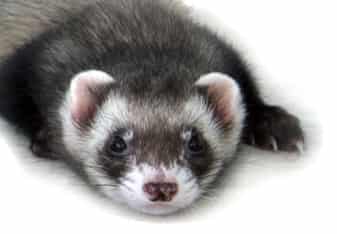 It will have been very hard to miss, in recent weeks, the worldwide furore that has erupted over the so-called “killer flu” that came out of laboratories in The Netherlands and in Wisconsin.  Essentially, for those living under a rock somewhere, both groups managed to convert infectious H5N1 highly pathogenic avian influenza (HPAI) viruses from being non-aerosol transmissible, to being aerosol-transmissible in ferrets.  This is a big deal, because (a) H5N1 as it is presently found in the wild is difficult to transmit between ferrets or between people, (b) ferrets are the best-accepted model for transmission of influenza viruses in humans.

The next thing to happen was that the groups presented their work at an international meeting, as a prelude to more formal publication in peer-reviewed journals.  This started the hype machine, which got into full swing round about early December, when the first mentions of “Scientists Make Killer Flu Viruses!” started to be seen in the popular media – including inaccurate claims such as:

“A Dutch laboratory has developed a mutant version of the deadly bird flu virus that is for the first time contagious among humans.”

Meanwhile, the two groups wanted to publish their work; specifically, in Science and Nature.  However, a body named the National Science Advisory Board for Biosecurity (NSABB) in the USA got involved, and recommended to the US Dept. of Health and Human Services (HHS) that the journals withhold or redact important details of both studies relating to the methodology and certain specific results – and this is apparently what is going to happen, despite the fact that Nature at least is an international journal, and Fouchier and colleagues are not Americans.

There are authoritative comments from both sides of the fence, with bioterrorism experts and advisors decrying the fact that the work was done at all, and others like Peter Palese saying in Nature News that “controlling who is allowed access to information about mutations in the H5N1 bird flu virus is unacceptable.”

Ron Fouchier and Albert Osterhaus of Erasmus Medical Centre in Holland have their own say in a Nature News special on “Preventing pandemics: The fight over flu”: they state, very forthrightly, that

“So far, most of the human deaths from the deadly H5N1 strain of bird flu have occurred in Asia and the Middle East. Many labs worldwide — including ours — are trying to understand what makes the virus so virulent, and how to stop it. H5N1 research is thus a global issue, yet the entire research community seems to be following the advice of one country” [my emphasis].

I couldn’t agree more – and have said so several times in comments to blogs, and on my own ViroBlogy site, including comment on who should make such decisions.

As I have pointed out here previously in the context of barriers to developing country gene synthesis, a few governments have abrogated to themselves the right to dictate to everyone else just what genes should be allowed to be synthesized.  I mentioned than that the authorities in these countries – members of the so-called Australia Group – were paranoid about

“…bearded extremists in caves (or crew-cut extremists in leafy suburbs) gleefully unwrapping their couriered DNA and brewing up a nice little necrotising poxvirus, or an airborne Ebola, or possibly an H5N1 variant that spreads human-to-human better than the present versions” [my present emphasis].

Possibly an unfortunate choice of example, in retrospect – but I hold to my opinion that most of the concern about these things happening is simply unjustified paranoia.  Moreover, the way the concern is being expressed at an official level – redacting details from papers describing mutations that make H5N1 aerosol-transmissible in ferrets – represents a form of scientific imperialism that is as distasteful as it is unnecessary.

Yet, authorities in one country – the USA – are presuming to dictate to everyone just what can be disseminated, on the grounds that the information MAY be useful to terrorists who could “weaponise” H5N1.

Consider further: the mutated viruses have NOT been shown to be:

yet it is being taken as a given that all of these are true, because it is true in ferrets.  Vincent Racaniello has pointed out elsewhere in blogspace that:

“…it would be foolish to conclude that ferret influenza is the same as human influenza in all aspects. For example, not all influenza virus strains have the same virulence in humans and ferrets. A good example is the 2009 pandemic H1N1 virus which caused severe infections in some ferret studies, but was relatively mild in humans”.

So what are we left with, we in developing countries?  Nothing, is what: no assurances that we know about that the redacted information will be shared in the near future; no assurances that a wider consensus will be sought in the future – and not a word from the journals about what looks like a meek submission to force majeure.

Ah, well – time will make fools of us all, and hopefully bodies like the NSABB sooner than most.  I’m waiting.