Biotech from the end of the world 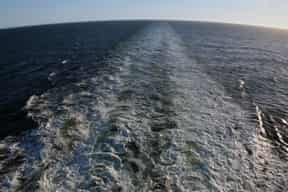 Creating a biotechnology company in Chile is bound to be a bittersweet experience. On one hand, we’ve recently become an entrepreneurial paradise, ranking 20 in Entrepreneur’s “World’s hottest startup scenes,” and thus making us the only country in Latin America to actually be featured in the ranking. Pretty impressive for a country that has one of the lowest investment in research and development and innovation (R+D+I) in the region, if you ask me. On the other hand, this entrepreneurial paradise tends to welcome only fast-working projects, also known as apps, and biotech gets pushed into the background. Biotechnology is not even featured in the country’s strong research and development thematic categories for this year. Knowing this, does creating a biotechnology-based company even make sense in Chile?

Well, we entrepreneurs don’t get called crazy for nothing.

I’ve been through heaven and hell creating my company. As an entrepreneur, you already get judged on everything: career, manner of speaking, looks, income, etc. – oh, and also your project, at some point. But as a science entrepreneur, or more specifically, a bioentrepreneur, more things come into play, and not in a nice way – at least for me. I’m a 22-year-old undergrad who took a leave of absence from college to pursue my dream project, creating an R+D+I biotech company that will finally provide science made in Chile. Nobody took me seriously at first. As a student, one would think I at least had the support of my faculty, but apparently the school of engineering is not ready to house student-entrepreneurs. Being young and bringing a new approach doesn’t work in biological sciences as well as it does in computer science. And it’s even worse if you’re a woman. We may be on the tip of the wave when it comes to metabolic pathways and systems biology, but science is still hasn’t shaken its old sexist judgment of the female mind.

You may think the picture I’ve painted is enough to prevent people from trying. But after you power through the initial disillusionment and scratch the surface, what’s inside doesn’t disappoint.

On the last two years, respectively the year of Entrepreneurship (2012) and the year of Innovation (2013) in Chile, an amazing amount of contests and founding opportunities have sprouted from seemingly out of nowhere. New biotech companies founded by students or recent grads are starting to fill the national scenario, giving more and more students the push they need to know that yes, it’s possible. Younger people with fresh ideas are finally being taken seriously, and their projects are being listened to as carefully as a post-doc’s. Public funding is now accessible to anyone with a good idea and a tenacious working plan. Private companies are slowly starting to open up to new projects pitched by overexcited students. Suddenly, a near future with national science, and especially national biotechnology, is more than possible.

It appears as if, little by little, the country is realizing that anyone can have a life-changing idea – even a 22-year-old-girl with a tiny biotech company at the end of the world.