The birth of a cluster 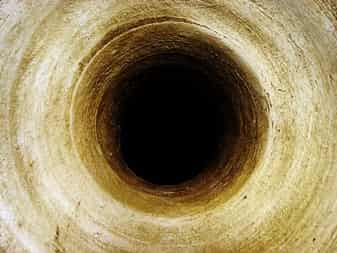 Hopefully you read my latest post, and how I practically demanded the appearance of local clusters of biotechnology, with research and innovation throughout the world. There’s a first effort in my country that is proving to be a great framework for this: Redbionova.

This platform, founded and managed by Chilean scientists, aims to bring together students, researchers and entrepreneurs in all the areas of biotechnology. They have more than 10,000 visits per month, which may not sound like much until you learn that their impact indicators are almost 5 times better than any other website of similar niche in our country.

The great thing about Redbionova is the exposure of national biotechnology it provides. It’s very easy to go through your biotech career in Chile without ever knowing there are exciting projects being developed one door down from where you stand, and this can be both discouraging and generally mind-numbing. You end up thinking that your work won’t amount to much after all, because, Who are you? Just a student in a tiny, remote country subject to the tyranny of distance. You end up thinking, Of course nothing interesting will come out of here, because nothing is happening right now.

There are amazing Chilean projects generating an impact worldwide. Through Redbionova I have been able to interact with teams that are creating crowdsourcing platforms for biotechnology (Dodo Crowdfunding), producing modified bacteriophages for cattle (Phage Technologies), designing probiotics for lactose intolerance (Novalact), creating new cancer therapies (Andes Biotechnologies), designing new medical devices that diminish the need for incisions (Levita Magnetics), and inventing new stem cell-based therapies for neurodegenerative diseases (Cell for Cells). Plus my two personal favorites: Kaitek Labs, which develops microbiological sensors for marine biotoxins; and Lab4u, which develops technologies to use mobile devices as science instruments for education and was the winner of the Latin American version of Intel Challenge.

These projects are finally being recognized, or at least known, within the community. Redbionova organizes meetups, known as “Biotech Tonics,” throughout the year, bringing together researchers and innovators to share their ideas and visions on biotechnology. We even had an associated TV program (Todo x la ciencia, or Anything for Science) specialized in showcasing research advances all across the country, driving science and technology closer to everyone in Chile.

This visibility is paving the road for new teams, new people and new projects. One can only hope that the projects showcased today will be the inspiration of great discoveries tomorrow. Hopefully more communities like Redbionova will sprout up throughout non-clustered countries, finally creating a better, more robust and more complete network of biotechnology innovators.