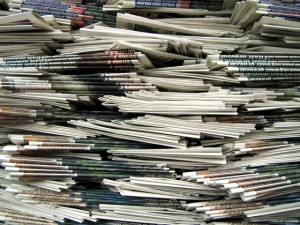 Chile has this bad habit of being in the news solely for terrible reasons. Take September 2015: an 8.4 earthquake hits the country and is followed by around a thousand aftershocks. But among the pictures of fallen houses and coastal damages and the half-sad, half-numb resignation that proceeds them there was good news: the apparition of an innocuous and universal cancer drug, made in Chile. This is the promise of Andes Biotechnologies, a Chilean biotech company whose invention has just been cleared by the FDA for clinical trials in the US.

The FDA granted approval on September 13th for the start of US-based clinical trials on Andes Biotechnologies’ cancer drug. The product has been tested in animal models, specifically mice and monkeys, where the treatment has proven both universal and innocuous.

Sounds too good to be true? Too unlikely?

It’s actually even more so.

According to a 2014 study published by the Tufts Center for the Study of Drug Development, the average R&D cost of developing a new drug is $1.4 billion. Even if this figure might be overinflated, as stated by The Economist, the minimum amount is considered to be around half a billion. Not exactly what you can invest in a country where the total investment, both public and private, totals less than 70 billion.

And yet, Andes not only developed what could potentially be a hit in the battle against cancer: it even managed to run the whole development process in Chile and with only Chilean investors.

You read that correctly. With only 31 people in their team today, Andes Biotechnologies’ drug is the first biomedical development that has been invented, developed and financed in Chile, while also being cleared for clinical trials in the US. Even now, when these trials abroad are about to start, they will be spearheaded by chilenos.

The technology’s development started around the year 2000, when Dr. Luis Burzio, one of Andes’ main researchers, discovered a new family of RNAs while conducting research on spermatogenesis. These RNAs, of mitochondrial origin, sparked the researchers’ interest and after many tests proved to be a promising universal target for both cancer treatment and diagnosis. On 2009 Burzio was joined by Dr. Pablo Valenzuela, who in 2002 was awarded the Chilean National Award in Applied Sciences and Technologies and also happens to be the inventor of the world’s first recombinant vaccine (against hepatitis B virus), and by Arturo Yudelevich, co-founder of one of the biggest biomedical companies in Chile, to found Andes Biotechnologies.

Since its founding, the company has obtained 29 patents worldwide, and has become a standard for biotechnology innovation in the country. The company’s success in recent years has, in my opinion, played a major role in inspiring new developments, technologies and yes, new entrepreneurs as well. Innovation in biomedicine, and entrepreneurship in general at this point, tend to be presented as a club you are only granted access to if you had the good luck of being born or based in the US or Europe. As an aspiring biotech student seven years ago, I couldn’t name even one Chilean company that had made it there, in that faraway place where success happened.

Now that the glass ceiling has been broken there is no way back. Companies like Andes will help ensure that Chilean biotech is finally recognized as a force to be reckoned with. The new crop of entrepreneurs that my generation brings will gladly course through the path this development has cemented for us. Knowing now that something as difficult and unlikely to succeed can undergo preclinical development in our country, we have no excuse not to try.

Hopefully this will be the news you will hear now. Not about the earthquakes and the occasional wine review or football match, but around the new inventions and advances in biomedicine created within our borders. We cannot write a full newspaper yet, but we do have the first headline:

The rise of a universal drug against cancer seems to be closer each day – and it’s made in Chile. 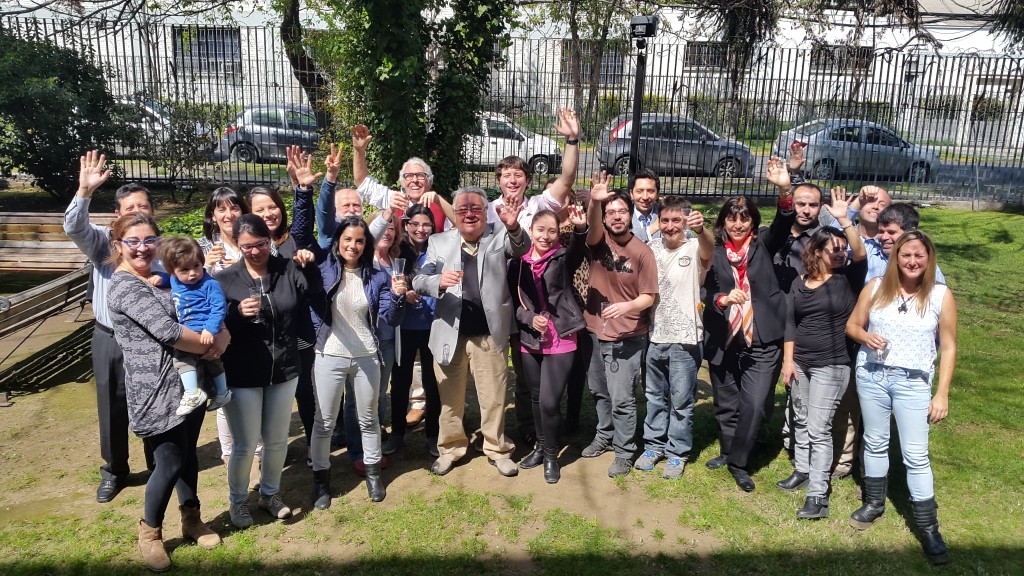 The team at Andes celebrates FDA clearance for clinical trials.