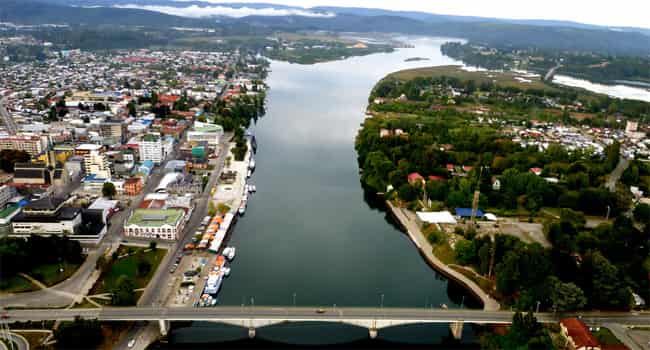 Or, why hatch a biotech business?

There are around 20 business incubators in Chile, and for the last couple of years they have been getting kind of a bad reputation. Their main job is to take government grants (usually seed funds) and allocate them to different projects that they scout through competitions and direct application. Many of these incubators base their business models on taking a percentage of their startups’ sales for up to 5 years, or equity up to 7% to be cashed out in 5 years, or a combination of both. Considering this timeline, it will probably come as no surprise that most business incubators here avoid biotech projects like the plague.

Which is why the case of Austral Incuba, arguably the only business incubator to focus in biotech in all of Chile, is so special. How have they managed to survive while competing with IT-based incubators with shorter timelines, lower risks and less capital-intensive projects?

Macarena Sáez, Austral Incuba’s CEO, tells me the choice to focus on bio-based projects was a conscious one, made about six years ago (the incubator has been in existence 11 years). Like every other incubator, they started working with the inevitable app and website groups, and all the projects that make you go “why are you wasting your brainpower in this,” (my words, not hers) until they realized that most of those entrepreneurs seemed much more interested in bettering the state of their personal finances than the state of their country.

But Austral Incuba was different from the start. It is located in Valdivia, a city more than 800 km away from Santiago, the country’s capital, and is housed within Universidad Austral de Chile. The university’s motto, “knowledge and nature,” reflects its environment (it is smack in the middle of forests and rivers) and their academic focus. Their most prestigious Master’s program, in human-scale development and ecological economy, is actually dictated by Manfred Max Nef, who was awarded the Right Livelihood Award in 1982. The downside is that not only is Valdivia far away from Santiago (we are talking a 12-hour bus ride at least), but also the city’s GDP is roughly 4 times smaller than that of Santiago, and still has grave illiteracy and poverty issues. So if incubating a business “from the end of the world,” as we ourselves refer to Chile, seemed hard, trying to do that from the south of said end-of-the-world sounds impossible. 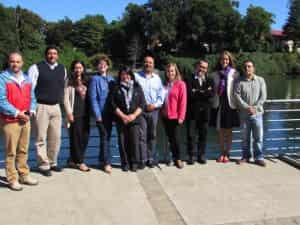 “It feels like our very own crusade,” says Macarena. “We know the conditions are unfavorable and yet we choose high-risk projects such as biotech-related ones, because those are the ones that actually respond to what we see in our environment. The impact you can have while developing bio-based projects is infinitely bigger than your classic app or website, and can actually take responsibility for what is happening in our local area, both socially and environmentally speaking.”

Even the entrepreneurs there are different. They bring premises from their scientific disciplines to their startup work. They don’t just want to make a sustainable product; they want to work in creating a sustainable economy, capable of regenerating their local environment and society.

It’s not all butterflies and rainbows, though. The “diva scientist syndrome,” as I like to call it, is quite real and can be a huge impediment to the development of a project. As Macarena puts it, “We understand that you rule the lab but that does not mean you rule the world!” Which is to say that these entrepreneurs might know everything about their science, but sometimes have no idea what a value proposition is. A scientist’s ego might be one of the worst obstacles when becoming entrepreneurs – they can be un-coachable and deaf to feedback. In Chile this “diva scientist” attitude can become even worse when combined with the “rockstar entrepreneur” vibe we all seem to be getting secondhand from Silicon Valley. There are so many entities here that exist solely to serve the entrepreneur, including throwing money at them, that we haven’t been able to create a proper VC structure. This also has hurt the development of the entrepreneurs. We get money all the time, but we don’t get the smarts that should come with it – which is precisely what Austral and other business incubators are trying to solve.

Luckily, Macarena says that trait is more common in an older generation of entrepreneurs and not as prevalent in the younger crops. And it’s these younger ones that have proved themselves worthy of Austral’s help, over and over. “One of our entrepreneurs relocated from Santiago and practically revived a small town that had been left down on its luck by employing tens of people that had been left unemployed after the closing of a local industry. Another is obsessed with creating added value to local industry’s waste, and is now exporting his products to the US and Europe – all while making the region cleaner and greener,” she says.

The experience Austral has had with these entrepreneurs reaffirms their belief that there’s a certain common trait to all scientific entrepreneurs: a spirit of collaboration. “During our first 5 years we witnessed the non-necessity of collaborating that traditional startups put in place through constant outsourcing and extreme secretiveness,” Macarena says. “Bioentrepreneurs are radically different. They are aware of social pain, and that pushes them towards collaboration as a tool to improve social conditions around them.”