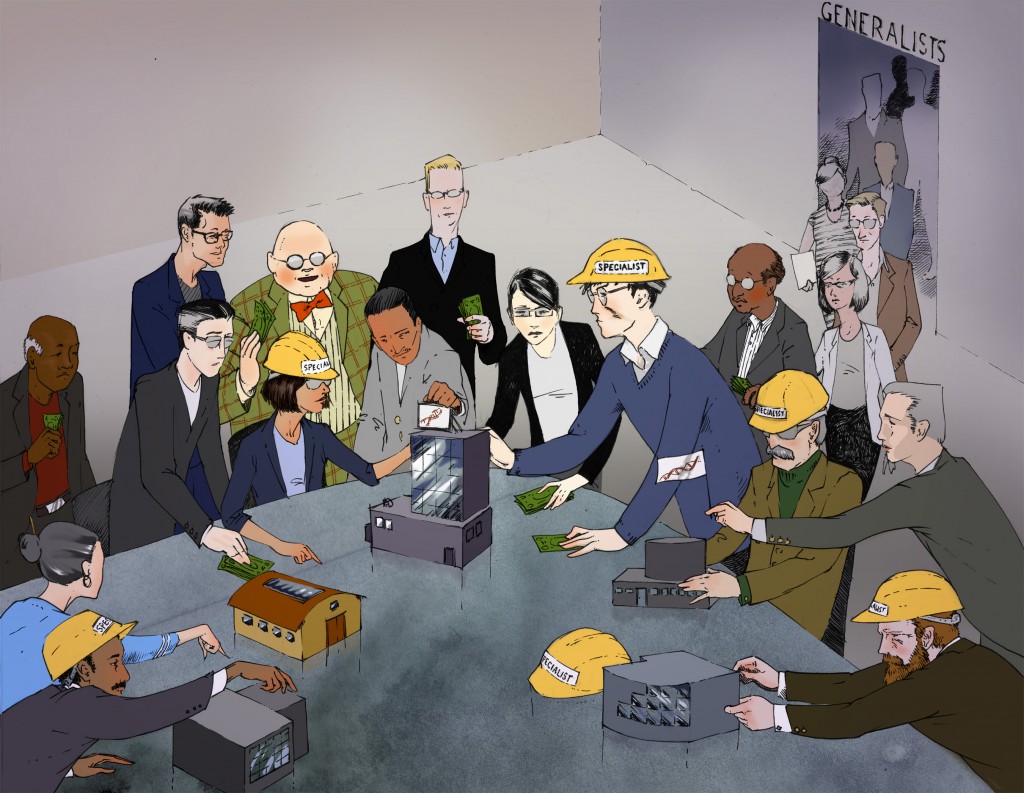 2014 was a great year for private biotech. Venture capital (VC) investment into the biotech sector as a whole—from recent startups all the way to enterprises in late-stage financings—jumped to a record $9 billion. The number of series A financing rounds also remained strong. These trends held true for the subset of private companies that Nature Biotechnology considers in its annual survey. Data from Dow Jones show that money from combined exits (initial public offerings [IPOs] and buyouts) for private investors reached mythic levels last year—a 78% increase over an already strong 2013. Although the number of overall VC rounds into innovative biotech did not expand from 2013’s totals, the total amount invested did, and the global count of private biotech companies jumped from 1,133 in early 2013 to 1,361 as 2014 began.

VC investing across all industries in 2014 reached the highest level in more than a decade—$48.3 billion went to more than 4,300 deals, according to The MoneyTree Report from PricewaterhouseCoopers and the National Venture Capital Association, powered by data from Thomson Reuters. But biotech has been one of the top performing sectors. Much of this fervor is attributed to the hot biotech IPO market—a receptivity so robust it’s less a window and more a hole blasted through the wall—as a strong IPO market tends to draw in VC funding. When its IPO market whirred to life 2.5 years ago, a needful industry warily wondered how long it would last. Now the question is, when the eventual correction comes, how will it affect private investment in biotech?

Excerpted from our annual feature gauging the health of the private biotech sector, included in the May issue (out 5/12/2015). Click image to enlarge.

We and selected partners, use cookies or similar technologies as specified in the cookie policy.
You can consent to the use of such technologies by closing this notice.