The Aging of BIO International Convention 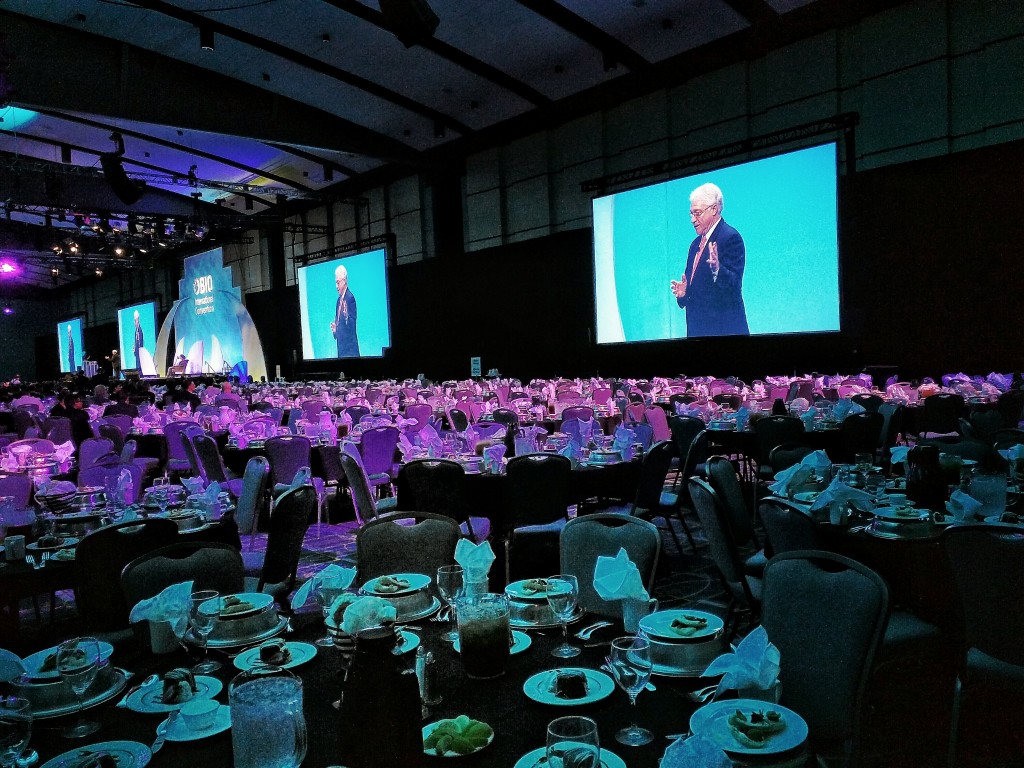 Before BIO CEO Jim Greenwood interviewed broadcast journalist Tom Brokaw during Tuesday’s plenary lunch, Philadelphia Mayor Michael Nutter took the podium. This is standard fare for a BIO convention: the hosting mayor gets a chance to brag a little bit about their city, and thank BIO for bringing all these people to local hotels and restaurants.

Buried in Nutter’s remarks was an interesting tidbit. Nutter pointed out that the BIO convention was last held in Philly in 2005, but he’d wanted it back well before 2015. The problem was that the number of attendees had swelled so much that Philly’s convention center could not contain it, he said. And so the conference cycled elsewhere over the years – Chicago, Boston, San Diego, Atlanta, Washington DC.

Philadelphia in 2011 increased the size of its convention center (a $786 million expansion), and Nutter told Tuesday’s audience this was done specifically to bring BIO back. That seemed like savvy flattery from the podium, rather than truth, but regardless he was happy to have BIO in his city.

As he finished his speech, I looked around the giant hall. I’d showed up a little late to lunch and had been directed to a table far to one side, where I sat with just one other occupant. What looked like hundreds of untouched meals cluttered the empty tables around me (picture above). I wondered if BIO really needed this larger space, because the traffic in the long, carpeted hallways so far had seemed awfully thin, and then I began to wonder if BIO had peaked as an industry event.

There are reasons to think it has. Raw numbers show the attendance record was 22,366 people in 2007, in Boston (Table 1). Partial blame for the drop since then can be placed on the growth of the industry. The initial convention in 1993 was a first-of-its-kind event, but there are significantly more biotech gatherings today, many of them launched by BIO itself – BIO Latin America, BIO Convention in China, BIO-Europe (in partnership with EBD Group) and BIO CEO, to name a few. The success of BIO’s ancillary meetings have probably cannibalized the main event. And there are many others in the meeting game now: the JP Morgan conference, considered the official kick-off to the biotech year in January, is so popular it has spawned side conferences (Biotech Showcase, Life Science Nation) around Union Square in San Francisco, for those not allowed into the bank’s event. These days, one could travel to a biotech-related event nearly any week of the year.

But the global recession also played a part. Somewhere amid the downsizing and cutbacks of 2008-2009, the collective biotech world realized that while it was necessary to attend BIO, it was possible to send smaller teams. That seems to have become permanent, and the conference has stayed in this lower range ever since.

Yet the figures in Table 1 show how the meeting has gained importance in other ways: the number of partnering meetings has been on a near continuous incline, reflecting an uptick in activity, and set a new record this year at 29,279. The number of countries represented last year tied the record high, detailing biotech’s global growth, and this year came in just below, at 69.

That international aspect is on full display in the exhibit hall, dominated by country pavilions, each wanting to stake their claim as a biotech center/hub/partner/manufacturing base. It’s also seen in the panel discussions: on Tuesday, I met a tech transfer agent from the Netherlands, a key contact for me, and on Wednesday I sat in on a presentation by Mauritius representatives describing the country’s 25 biotech companies. It’s difficult to imagine where else I would have access to such a wide range of biotech participants, all under one (massive) roof.

By Wednesday’s reception at the Reading Terminal Market, nothing about the conference felt diluted to me. It seemed like every single one of this year’s 15,858 attendees had flowed into the smaller space. The pathways between market stalls were crammed with people wearing BIO badges, and in every corner registrants clustered.

The conference remains a ripe opportunity to network with colleagues and get face time with biotech personnel who otherwise would be difficult to meet. Certainly the convention is morphing as it ages, and it may never reach 22,000 attendees again. With the proliferation of biotech meetings worldwide now, it no longer needs to. Which, when you think about it, can be seen as a measurement of the Biotechnology Industry Innovation Organization’s success in fostering the growth of this industry.