The E is silent 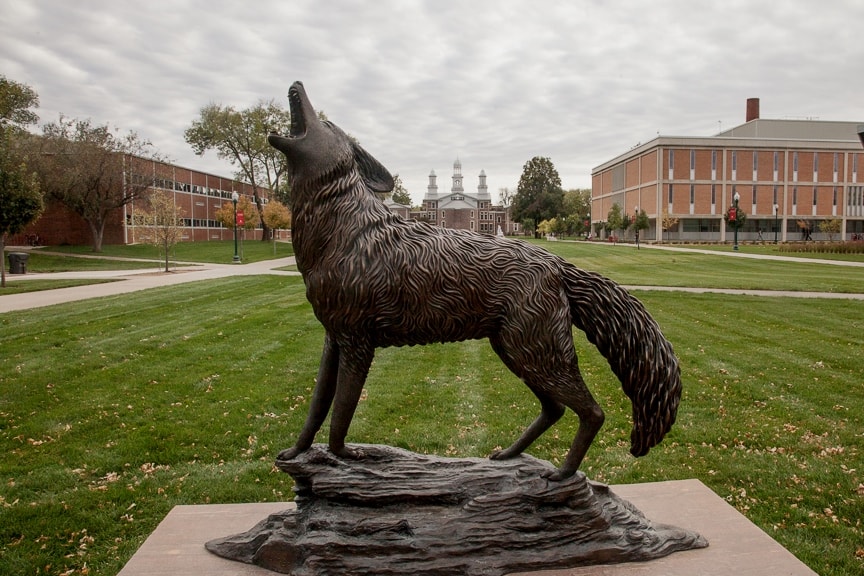 I’ve already mentioned Wake Forest and tech transfer, but the picture above was shot on the University of South Dakota campus here in the US. The university, which has the state’s only medical school and an overall enrollment of more than 10,000, is located in Vermillion, SD. The official mascot is a coyote — though pronunciation of the word in South Dakota drops the long “E” at the end, so it rhymes with “oat.” This is common in western parts of the US, and thus, when rooting on the local team in The Dakota Dome, the correct phrase is “Go Yotes.”

USD is in the beginning stages of a long-term, collaborative project between the neighboring city Sioux Falls, the school and the private sector. It has secured 80 acres of land just outside Sioux Falls and is planning a massive, mixed use academic and residential research park, to be completed over the next 20 years. This is covered in greater detail in the Bioentrepreneur feature article, now live the December issue of Nature Biotechnology, but the school’s expansion is just one part of its attempts to ramp up tech transfer. USD is also in the midst of a $250 million fundraising campaign called Onward. It has already raised more than half of that and is earmarking at least $97 million for future student financial aid.

I visited the campus on a gray, fall day, just before USD’s 2014 Homecoming weekend. The red-stone buildings and long stretches of green grass made the campus seem like some sort of scholarly oasis situated just north of Main Street.

Photographer for these shots is Travis Huggett — his website is here. (Full disclosure: he’s my cousin.) 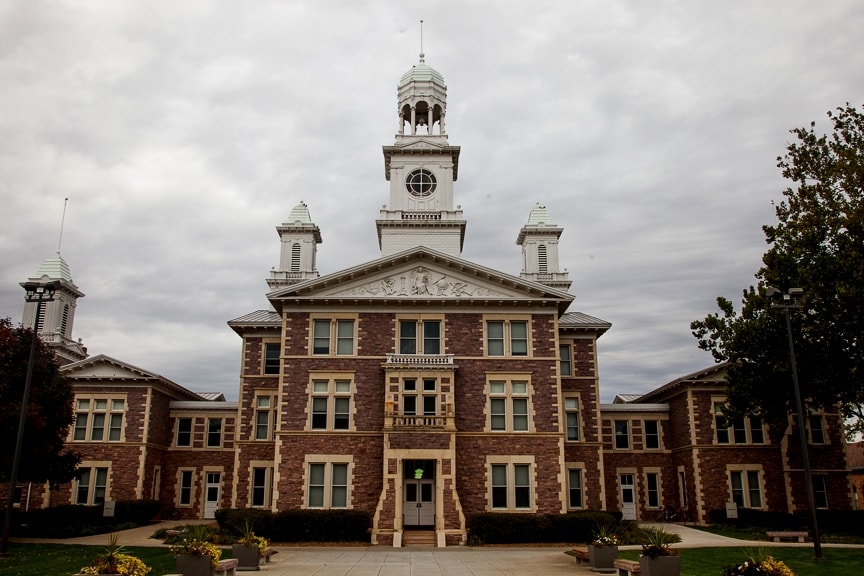 On the USD campus. 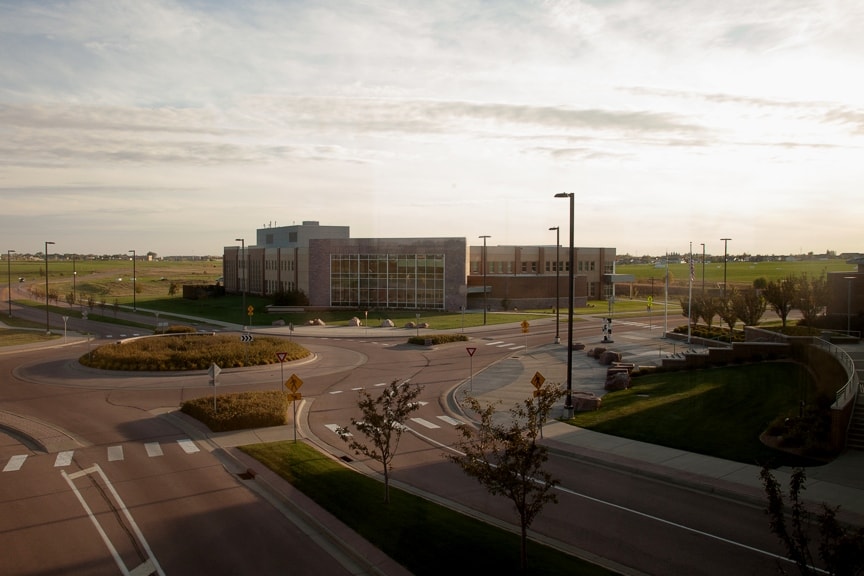 The beginnings of the University of South Dakota Research Park, in Sioux Falls, SD. 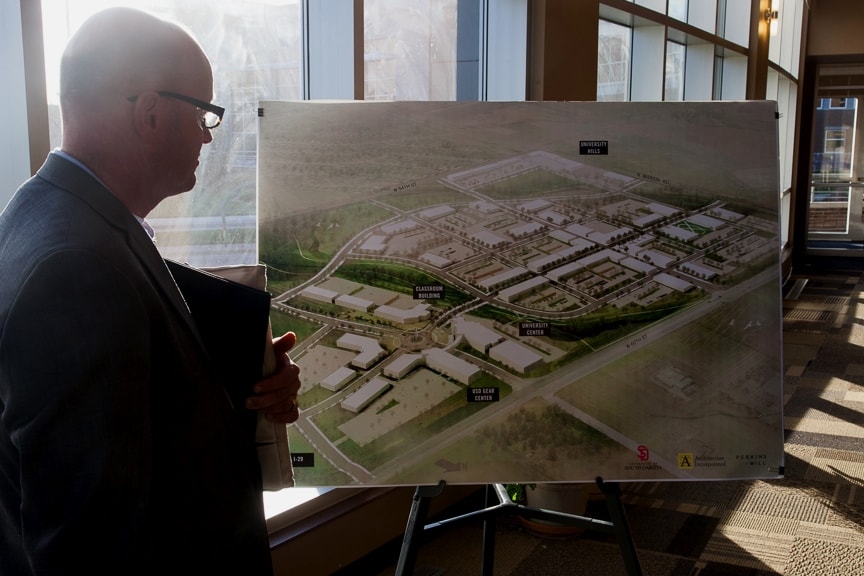