Clinical trials and beyond 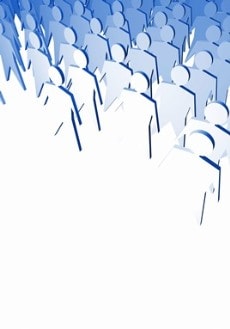 For previous blogs on Australian biotech, go , and .

Australia is well developed concerning clinical trials. The regulatory body, the Therapeutic Goods Administration (TGA), trusts the high ethical standards of the doctors and the ethics committees of the hospitals. Therefore, first-in-man trials do not require TGA approval, and can be done after notifying the regulators. Also, the protein for trials can be manufactured in a Good Manufacturing Practices (GMP)-like facility that is not fully GMP. (A GMP facility needs to comply with the regulations and be registered with the TGA in order to obtain the label, but a GMP-like facility doesn’t.) This makes it easy to do clinical trials in Australia. Further, the data generated from clinical trials in Australia are considered to be at par with that from the US or Europe. Clinicians running the trials are also paid much less than their peers in the US.

The country is also fairly innovative. In a 2013 Innovation Survey, Australia was ranked 13th in the world, and between 2003–2013, the per capita and per GDP dollar IP filings from Australia were more than that of most developed countries.

Yet problems remain. Overall, while human resources in Australia are less of a challenge now than they used to be two decades ago, the pool of people with experience remains small. There is a whole series of missing skills related to IT and data mining, IP, commercialization and regulatory affairs. Once a company has grown it can easily hire people who are accustomed to revenue and know how to increase sales, but in the early stages one has to put together a story and make people believe in it, and this is not easy to do in Australia. The experienced managers, or advisers, are mainly returning Australians or foreigners with commercialization experience in the US or EU. Also, the advisers might be located overseas. Notably, sourcing and retaining Americans is a challenge.

Another problem: the country has not yet produced a first-in-class drug. The only notable commercialization story is that of the key patent behind the cervical cancer vaccine Gardasil. The technology was discovered at the public University of Queensland, and clinical trials were financed through the sale of some of the patents to an Australian medical company, CSL, and later Merck. Currently, Merck has the exclusive global license to sell Gardasil, except in New Zealand and Australia, where CSL owns the license. But generally, a successful company is one that developed a simple product, repositioned existing products or developed new delivery systems for existing molecules, and did not build upon cutting-edge science.

Yes, biotech in Australia has its challenges. However, the science is good, government programs are supportive and clinical trials are relatively easy to initiate. Also, pioneers of earlier years have shown what it takes to build a successful company. Keep in mind that it can be done, but do not expect to go the whole way alone.

Acknowledgments: This article is based on interviews with 14 senior people in, or associated with, companies in Australia, whose comments have been edited for clarity and brevity. We are extremely grateful to the interviewees, who gave freely of their time and their insights.  This work was supported by a grant to GS from the Institut Merieux, France. SJ was supported by France Volontaires, France. Neither organization played any specific role in this study.