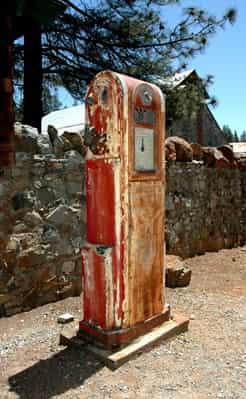 We’ve blogged here and here on the Australian biotech scene. In this post, we’re going to look at collaborations and finance.

Australia is strong, scientifically. The quality of its research is well above the world average and just below the average European citation rate. The country has sharp science and international academic connections. Specifically, Australia has strong links with the UK and the US, due to a common language and also because of the tie with the Commonwealth. China is also a big collaborator.

A common language is not enough, however. Australia suffers from geographical isolation and some members of Australian biotech firms travel every three months.

Large multinational companies as partners (or investors) help bring validation to Australian biotechs, just as they do elsewhere in the world, but Australian companies often accept unfavorable terms because they need a global brand and wide distribution. While CEOs often realize they need to reach global markets, they sometimes do not appreciate which product is likely to succeed globally (though this has been somewhat alleviated in recent years by an influx of senior executives from the US or the UK, or from Australians returning from abroad). Collaborations are helpful for Australian biotechs to get drugs through the FDA, and many companies decide to open an office in the US to generate US-derived data for the FDA, as well as for access to the US capital markets.

Finance is, of course, of critical importance to young companies, and there are interesting facets of the Australian financial ecosystem.

Angel investors. In Australia, biotech angels tend to be people with backgrounds in the biosciences, and they guide and help the firms they invest in. The association of individual angels, BioAngels, tends not to invest in drug development due to the high cost, but to focus on devices and diagnostics. They invest around A$60,000-A$250,000 per company. In general, they select opportunities that can scale up 7–30 times in 5–7 years so that the few that succeed will provide good returns overall. As elsewhere, angels do not look kindly on VCs, who tend to bring in shareholding agreements that override the angels’ earlier agreements with the company, not to mention dilute initial investors down to small percentages of ownership.

Venture capital. Table 1 has a list of active Australian VCs. Australia also had the Pooled Development Fund, a venture capital fund that invested in enterprises valued at less than $50 million. Although new registrations under this program are no longer possible, income obtained by holding, or disposing of, shares in this fund is tax-exempt. Also, in recent years, Australian VCs have syndicated with US VCs to increase the size of their funds.

Earlier in the Australian industry’s history, a company might conduct an IPO, raise $10 million and have a valuation of $20-$30 million. Things have improved somewhat. In 2013, for example, stem cell company Regeneus raised A$10.5 million in its IPO, giving it a market cap of around A$46 million. It’s a sign of maturity that there are much fewer listings on the ASX today.

Table 1. Major VCs that have invested in the bio-medical sector in Australia.

Up next: clinical trials and Australia’s unique skillset