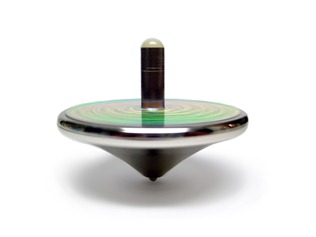 In our last blog post, we laid out the Australian biotech foundation and a few of its shortcomings. Here we focus on what it has done well.

Certainly biotechs can be built successfully in Australia. One company (Acrux) grew from a $20 million market cap to $500 million over 15 years, and another (Mesoblast) grew to be worth $2 billion. Australia is doing many things right.

Partially this is because the government has played its role well. Initially Australia’s government looked at biotech as a lucrative export opportunity, and it put in place a grant system and tax benefits for anyone investing in high-risk start-ups. For instance, companies with less than $20 million in turnover yearly can get a 45% tax refund on eligible R&D expenditures (more information here).

Some of the other government initiatives have been the Innovation Investment Fund (IIF), since closed; the Innovation Investment Fund-Follow-on (IIFF), also closed, and the Early Stage Venture Capital Limited Partnerships, which offer tax breaks for limited partners. Pre-Seed plans helped create the first batch of biotech entrepreneurs, and today the government still strives to make things easy – it can take just minutes and less than $1,000 to do the paperwork to set up a firm.

The government has also invested large sums in infrastructure made available to the public on a fee-for-service basis. The National Collaborative Research Infrastructure Strategy (NCRIS) program provided $542 million from 2004 to 2011 for subsidizing infrastructure in private drug discovery firms and contract research organizations (CROs). NCRIS has in some cases subsidized the cost of installing/purchasing advanced biotech infrastructure in private CROs or R&D biotechs with a CRO wing.

State governments have also helped to create a few clusters. In Melbourne, for instance, the government of Victoria has supported the development of The Walter and Eliza Hall Institute of Medical Research, Burnet Institute, The University of Melbourne, Monash University, Royal Melbourne Hospital and the Royal Children’s Hospital – many of which are in close proximity to each other. Clusters allow companies to share facilities and draw a better hiring pool. Clusters also help promote collaborations, and sometimes consortia formed in a cluster may earn state government funding.

Australia has a unique system of about 60–70 public collaborative research centres. Called the Cooperative Research Centres (CRC) program, it supports end-user-driven research collaborations to address major challenges facing Australia. The CRC Program links researchers with industry to focus R&D efforts on progress towards utilisation and commercialization. In 2014–15, there were 35 CRCs in a range of areas such as healthcare, natural hazards management and the aerospace industry.

Most biotech start-ups originate from these centres, meaning the spin offs have essentially been financed by public universities. There is no regulation on who owns an invention – the scientist, their department or their organization – and thus the company founder and inventor have been able to own IP rights rather cheaply. This has changed, with most universities adopting the equal splitting of IP rights among 3 parties: the research organization, the relevant department and the inventor scientist.

Thus, some 75% of the companies that are on the stock market are university spin-offs. Yet, partnering with the institution that spun out a company is the most common collaboration for a start-up, because the university expects that money will be pumped back to it through fee-for-service work from the spinout. This is often the cheapest way to get things done for a startup, but it is hardly ideal, as academic scientists often do not feel comfortable working in a fee-for-service arrangement and being told what they should do, nor do they understand the pressure of time and the corporate work culture.