Koreans Abroad and at Home 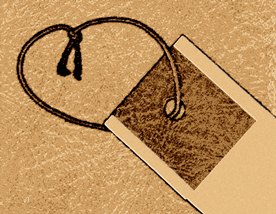 Returning Koreans are one faction that have a chance to shape the future of the Korean biopharma landscape.

There has been considerable chatter about the glut of life science PhDs and a corresponding lack of jobs upon graduation. In the US, most graduate students in this field plan on becoming academics or industry scientists. But during my time in Korea, most life science graduate students I spoke with hoped to become professors, and nary a student spoke of industry. Despite a near-universal desire to enter academia, university positions are limited and competition is fierce (much like the US). Concurrently, Korea is gradually becoming competitive in the biotech arena, requiring more industry scientists to drive this engine of growth. Feeding all this is a large pool of domestically educated Korean scientists who are seeking positions after graduation.

To better understand how these forces will shape the future of Korean biotech, I spoke with Dr. Jong Sung Koh, chief technology officer of Genosco, a biotech company in Boston. Koh earned his PhD from Caltech and has had a long career in drug discovery on both sides of the Pacific, including serving as VP of drug discovery for LG Life Sciences. The following are excerpts from my conversation with him.

Q: What are your thoughts on Koreans who study abroad and then return, and what is their role in Korea’s biopharma industry?

Koh: Studying abroad or a postdoc in an academic institution is not enough to succeed in biotech. Some industry experience is important. When Samsung entered the semiconductor business, it recruited foreign industry-trained engineers such as Drs. Chin Dae-Je and Hwang Chang-Kyu. The failure of Hanhyo’s Life ScienceR&D center in the 1990s is a good counter-example: it recruited well-trained life scientists from academia without industry experience, and then spent R&D money on basic research, rather than in areas with industry applications.

There has been a recent influx of foreign, industry-trained scientists to Korea, mostly chemists from the US. So far the impact has been limited, with a few outstanding exceptions, such as the drug discovery directors at Green Cross Corporation and Handok Pharmaceuticals. However, Samsung has hired many Korean biologists who have biotech experience in the US. We will see how they impact the Korean biotech industry down the road.

Q: What about the locally educated talent?  It seems like there are many graduate students in Korea who are training in the biological sciences.  How will this impact the Korean biopharma industry?

Koh:  Home-grown graduate students and researchers have been increasingly publishing in prominent journals.  With industry experience, they can provide a strong workforce for the biotech industry. The bottleneck is the reluctance of graduate students to consider an industry career. However, the job openings for academia are so limited, they will begin to seek industrial positions soon. A flux of talented scientists to industry will provide new opportunities to Korean biotech in the near future.

One weakness of homegrown scientists is the limited ability to communicate in English, but this is improving as universities such as KAIST offers classes in English.

Q: In the US, graduate students in the biological sciences typically want to be professors or work in industry.  In Korea, it seems like industry is still maturing, so most people want to become professors.  When do you think graduate students will enter Korean PhD programs with the intent of going into industry?

Koh: There are several components when scientists consider job tracks. Let’s consider two of them: job security and pay. If you compare the US and Korea, a professor’s job security is higher in Korea – almost all assistant professors will be tenured. This is not the case in the US. In the US, industry payscale is much higher than in Korea and also higher than US academic positions. So it’s a rational choice for Korean students to prefer an academic position, which pays better and provides a more stable job.

The bottleneck to increasing industry salary is that Korean biotech companies are small and produce lower profits than their US counterparts. The revenue of Dong-A Pharm, the biggest pharma company in Korea, is less than $1 billion. For Korean industry to compete, it needs to provide a better career outlook with higher payscale than academia and the possibility of a big upside (IPO, stock options).

Korean industry can consider a profit-sharing mechanism with in-house inventors, as well as providing more freedom to publish. In addition, Korean biopharma companies need to be large enough to support R&D, which can be accomplished by merging with one another. Implementation of these cultures and a shortage of academic position will entice graduate students to enter Korean PhD programs with the intent of going into industry in 10 years.