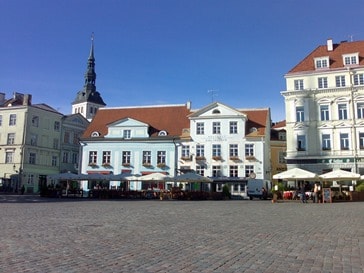 Tucked away in the northeast of Europe, Estonia has been at the forefront of developing digital services for many years. In a country of 1.3 million people, paying for parking spaces with mobile phones has become commonplace, and around 95% of Estonians file their annual tax returns online in 10 minutes.

Healthcare has also gone digital. Patient records are stored ‘in the  cloud’ and obtaining prescriptions from the pharmacy requires no handwritten notes or papers from the doctor. A state-issued ID card is all one needs for healthcare and several other services, such as electronic banking, signing documents and voting. Later this year non-resident ‘satellite Estonians’ will be able to apply for the ID card as well as send encrypted e-mail and prove their identity to web-service providers who accept government-issued identities, allowing them to do business with governments in the EU.

Twenty years ago the country had few legacy technologies, but this means the country had the opportunity to start fresh and jump-start the economy. Even more so, there was little ‘legacy thinking,’ and it was easy to put together pieces that fit best. Having few legacy systems meant that the country could choose the latest technology platforms and skip some of the analogue and paper-based systems that were the inheritance of the ’80s era in other countries. Most of the infrastructure systems in Estonia today were created from scratch; the country’s new systems were designed to be more forward-looking, rather than past-compliant.

When it comes to biotechnology, the main areas of competence in Estonia are genomics, immunology, the central nervous system and cancer research. The Estonian Genome Center was founded in 2001 specifically to study the genealogy of Estonians. The first samples were collected a year later and today the gene bank contains samples from 52,000 donors, which represents 5% of the Estonian population. This database will provide valuable information for researchers searching for links between genes, the environment and common diseases such as cancer and diabetes. In industrial biotechnology the strength lies in functional food development especially in the areas of probiotic dairy products.

There are a couple dozen biotech companies in Estonia, and bulk of the biotech-related research activities are centered around Tartu University. In addition there are research centers such as Estonian Biocenter, Competence Center for Cancer Research and the brand new Center of Translational and Clinical Research, which has a mission to develop and study advanced chronic disease models with pharmaceutical companies. Biotech spin-outs are usually associated with academic centers in Tartu and Tallinn. The most common financing mechanisms are government grants for research and development, and seed financing from local venture funds. In order to scale the business, heftier amounts of capital are required, and at that stage entrepreneurs turn to foreign funds.

Biotechnology plays an important role in Estonia’s innovation strategy and, with investments into infrastructure already made, the industry is warmly welcoming cooperation with foreign organizations.