The Problem with Greece 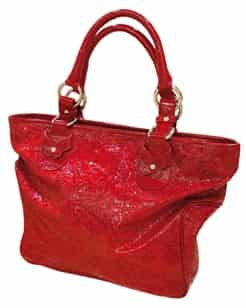 Greece’s economic crisis that started at the end of 2009 – which has increased unemployment from 10% (2009) to 27.5% (last quarter of 2013), and decreased GDP in millions of euros from 231.081 (2009) to 182.054 (2013) – has had a moderate negative impact on the country’s R&D and its ability to innovate, compared to other sectors. Spending on research and innovation is stuck at around 0.5%. Given that most research money in Greece comes from the public purse, the current fiscal constraints mean it is impossible to boost spending to more than 1% of GDP. This means that the only way to grow R&D spending is for the private sector to step in and invest in highly selected R&D projects that have serious possibility to lead to high added-value exportable products and/or services and thus ignite the real economy. There have been a couple of instances where this has happened – BIC (disposable pens, razors) expanded its global research centre near Athens, and a few Greek pharmas have intensified generic drug development – but mostly this seems unlikely.

For us who are serving the small and fragmented biotech sector in Greece, the crisis may turn out to be an opportunity. However, there are interesting questions to consider: Will there be a renaissance of the biotech/pharma sector after the crisis, or are we getting closer to a definitive government decision that this sector is unlikely to be one of the key areas for development? What are the elements needed to boost the commercialization efforts of Greek bioresearch? What role can Greek universities and research centers play? Greek pharma companies currently heavily invest in generics; is this a real opportunity for Greece? How can the Greek-American bioentrepreneurs get involved in the process?

Although we often ask ourselves questions like these, hoping to find information that would enable us to more effectively lobby for biotech funding, there is not always comprehensive data from which to draw conclusions.

I’m currently strategic advisor to Genomedica, primary tasked with establishing critical R&D biopartners in personalized medicine. I’ve been working in the biomedical and innovation field for more than twenty years. With Athina Ikonomidou, a business development and technology transfer consultant specializing in biotechnology, we plan to write about the advantages Greek biotech has, as well as its obstacles, and to investigate these questions.  More to come.