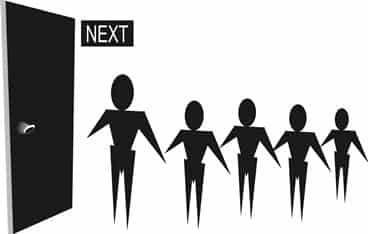 How did employment in Greece affect the economic collapse?

Continuing our analysis of Greece’s economic collapse and its biopharma sector (our first post can be seen here), we’re going to look at Greek employment figures. Between 2005-2011, the number of researchers employed in the overall public sector grew markedly:  up 40.7% in government institutes and 12.7% in universities over the period.

Consider that over the same period the number of people employed in small and medium enterprises (SMEs) of any kind fell by 29% and R&D investment by these SMEs increased by 26.5% (though in Greece, ‘R&D’ can include all sorts of business development expenses).

Taken together, these figures suggest the private sector adapted early to the crisis, choosing to focus in on a few promising research programmes but cutting wider, less-necessary staff. This was in contrast to the public sector, where policies make it nearly impossible to lay off workers. This is part of a broad public sector inertia, which also includes a lack of political will to implement market-driven competitiveness measures. In hindsight, the government should have followed the example set by the private sector and made targeted cuts, which, while initially reducing the workforce and hurting Greek families, could have reduced a financial burden on the national economy and perhaps staved off the complete collapse. After all, if restructuring and targeted cuts are occasionally necessary for a private company to remain competitive, structural reforms at the state level in Greece could help the country compete and regain entry into international markets. Instead in 2010, there were across-the-board austerity measures.

How has this left the biopharma sector in Greece? It was impacted less significantly than the overall Greek economy. Today the Greek biotech world is generally divided into three subsectors. First are underfunded universities and research centers, which suffer from all of the problems of the public sector described above, and which lack an overall national research strategy and priorities. Second are profitable, Greek-owned pharma companies that make money from generics, including selling to the developing world, but which generally do not make any sizable R&D investment and conduct their bioequivalence studies abroad. Third are profitable, import companies, focused on established brands and either selling locally or exporting to Southeast Europe or the Middle East.

It is this third category that has suffered most, as their livelihood is dependent on timely payments from hospitals – something that happened less and less frequently during the economic crisis. Yet even this subsector is in better shape than Greece as a whole.