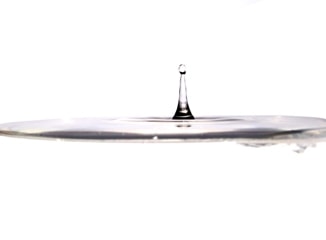 In a series of posts we introduced the Leverage Startup and how non-dilutive sources of capital can be used to accelerate the commercialization of academic biotech projects.  In this post we discuss the use and sources of non-dilutive financing in biotech startups.

The following gives an overview of non-dilutive sources.

Government research grants. (for example: NIH).  Certain research focused government grants include companies as eligible awardees.  The National Institute of Health (NIH) is a good example, where companies can compete for R01 and R21 grants alongside traditional University applicants. These government research grants typically fund basic research or its commercial translation, with the required stage of development clearly outlined in the call for proposals. Such monies typically fund salary and consumables, but limit their contribution of overhead or other non-research activities.

Government industry grants (for example: SBIR, NRC IRAP).  With the aim of enabling the commercialization of cutting edge technologies, various governments have established industry specific grant programs.  These grants typically emphasize the commercialization of research and the application often requires a strong market argument for the future product.  These grants usually fund commercialization activities rather than basic research and sometimes can be partially used to support the filing of intellectual property, conducing a market analysis, and other business development actives.  Many of these funds require the company involved to provide matching funds in the form of in kind (i.e. additional salary support) or cash, and to demonstrate that the business will provide a conduit for commercialization.

Foundations (for example: Gates, CF, Ellison, Lou Gehrigs, X Prize).  Foundations are becoming an increasingly important driver of biotechnology innovation. Foundations are typically focused on improving the health of individuals inflicted with a specific disease, for example the Cystic Fibrosis Foundation, and are primarily funded by donors with a connection to the ailment.  To increase the research being conducted for the given indication as well as the effectiveness of that research, Foundations are taking a very pro-active approach to funding R&D.  For companies, this can represent a significant opportunity to obtain R&D funds to push forward a technology that can impact a given disease. In addition, Foundations also provide a conduit to clinical expertise as well as potential access to patients and stakeholders, giving a program a larger chance of translational success.  There are also new initiatives specifically focused on biotechnology entrepreneurship.  For instance, Breakout Labs, an initiative from the Thiel Foundation, has been set-up to bridge the gap between early-stage research and venture capital-ready technologies.

Industry partnerships.  Industry partnerships are the life blood for pre-revenue biotech firms. Typically, partnerships involve a transfer of technology from a small biotech to a large company in return for cash and/or co-development rights.  These partnerships can involve significant sums of upfront and downstream cash flows and often represent the first major validation of the technology by an established pharma or large biotechnology company. Although these funds usually do not involve an equity stake in the selling company, such transactions usually involve a license or option-to-license of the selling firms intellectual property.  It is important to keep such licenses non-exclusive or narrowly-exclusive such that the startup remains positioned for long term growth.

Venture Debt (for example: Silicon Valley Bank). Venture debt is a useful tool in Biotech financing.  For example, debt can be utilized to extend the runway of an existing financing round to allow the company reach critical proof-of-concept achievements prior to follow on investments.  A financing round is usually required before accessing Venture Debt, and the lenders are anticipating that the company will raise another financing round or other capital injection to receive their payback.  Lastly, as with all debt, there is insolvency risk associated with it and careful consideration is required before taking such funds.

Revenue (for example: contract research, early product release).  Building a company on the back of a successful revenue stream is an ideal financing approach, however this can be challenging for nascent ventures.  For biotech firms will little to no regulatory involvement (i.e. tools companies, certain medical devices, industrial applications, etc.), establishing customers to use and test early prototype products is feasible and recommended.  For firms with significantly more regulatory barriers (i.e. therapeutic, diagnostic, etc.) revenue can sometimes be generated through auxiliary products or services, for example contract research or consulting.  In these cases however, the founding team needs to be diligent to not be distracted from the ultimate product goal of the firm and needs to weight the value of these funds over the delays it will create in achieving overall long-term goals.

Although non-dilutive sources are a great way to finance an early stage biotech, it should be noted that they are not “free” and can have important implications and associated costs.  For instance, certain funding agencies require that the invested cash be returned if the company is acquired by a foreign company, that they receive a multiple of their investment upon commercial success, or that they have certain rights to the IP.  Additionally, non-dilutive funds are typically allocated to a given project, rather than to the company at large.  As such non-dilutive funds are more ridged to business pivots that require a change in a said project, and do not fund other business development and overhead of running your business. A combination of dilutive and non-dilutive financing is often the strongest mix for early biotech.

Thanks to Euan Ramsay  & Mike Koeris for edits and input on the post.  This post was originally posted on BiotechStart.org.  Please provide any insights you may have to the use of non-dilutive funds, and sources of non-dilutive funds in countries outside of North America.