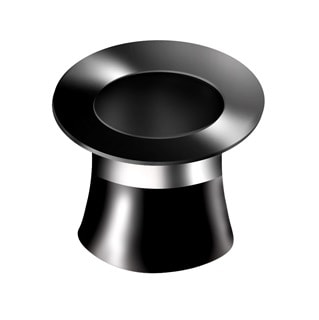 The world has its eyes on West Africa and the UN World Health Organization has declared the spread of the Ebola virus in West African states an international health emergency. The Ebola virus, a single-strand RNA filovirus and only 19 kilobase pairs long, has claimed 1,000+ lives in West Africa this year (out of about 2,000 cases). The virus causes fever, central nervous system damage and impaired blood clotting. The virus is highly contagious (through bodily fluids) and there is no known medical intervention approved for treatment other than rest and oral rehydration.

Due to the fact that outbreaks are rare (the virus was first discovered and classified in 1976 in the Democratic Republic of the Congo, formerly known as Zaire), unknown root causes, highly contagious and no medical treatment exists, the outbreaks elicit one predominant emotion: fear. Recommendations for caring for Ebola-stricken patients include isolation, protective gear for health workers and clean washing. However, in many resource-low settings, where medical personnel are scant and already stretched, frontline health workers in rural communities are not fully equipped to respond to the outbreak (they lack training, diagnostic equipment and protective gear).

Global citizens are looking for public health leadership, from country Heads of State, from Centres of Disease Control, to the WHO and to biotechnology and pharmaceutical companies. Why are there no cures for this disease? Why do we not understand it? Given the speed of technological innovation and biomedical research, perhaps rightly, the public have begun to expect overnight medical cures to almost any ailment.

However, the R&D funding for neglected diseases of the poor is simply not there. There is a clear lack of economic incentives for innovation into a sporadic, rare disease that disproportionately affects rural populations in low-income countries in sub-Saharan Africa with weak healthcare systems. For example, out of 1,393 new chemical entities marketed between 1975 and 1999, only 16 (1.15%) were for neglected diseases. The statistics since the turn of the Millennium do not improve much. Eleven years after the Millennium Development Goals were established, out of the 850 new therapeutic products registered in 2000-2011, 37 (4%) were indicated for neglected diseases[1]. The Ebola virus is very much a neglected disease. With commercialization R&D projects in drugs and vaccines costing hundreds of millions of dollars to develop, the business model of biotech and pharma cannot embrace the long-term risk management and capital requirements of R&D into rare viruses. With end patients having little purchasing power to buy the developed therapeutics (resulting in limited commercial markets), many manufacturers give up the R&D game early.

Just because diseases of the poor are neglected commercially, it does not mean there are zero scientific leads. A number of life science companies have sprung into action this past week responding to the global call and urgent need to contain this outbreak. Political pressure backed by government funding and the return of a menacing disease have brought stakeholders back to research and development. These companies include:

The CEOs of these companies are aware that the public’s interest alone does not sustain a risky R&D critical path into a new vaccine or drug. CEOs also look to governments, WHO and Heads of State for global leadership in policy setting, in strengthening in health systems and investing in biomedical research in times of disease control and outbreak alike. CEOs of the company above will look to collaborate with government agencies and academic research institutions to share resources and progress clinical work faster than if left to their own internal company rankings based on net present value estimates.

To the public and taxpayers: There are no overnight magic tricks in drug discovery or vaccine commercialization.  Infectious diseases in our globalized world is everyone’s concern.  We should be mentally prepared to invest in R&D for the long-run and aim for our best response to each and every disease threat.