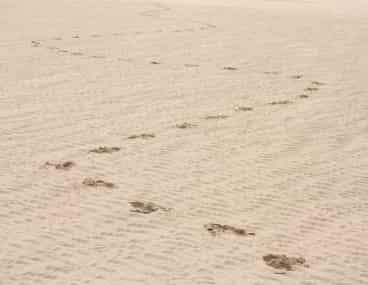 Over the past week, we have seen extended press coverage of the principles of a potential cancer ‘megafund,’ building on ideas from the October 2012 Nature Biotechnology article by Fernandez, Stein & Lo on “Commercialization biomedical research through securitization techniques.”  The Economist covered it here and the Financial Times added its commentary here.

The article proposes an innovative financial structure in which a large number of biomedical programs at various stages of development are funded by a single entity to reduce portfolio risk. The hope is that a cancer megafund in the magnitude of $5 billion to $30 billion could effectively produce the next generation of cancer therapeutics. The article has gained a following since its publication and has united thought leadership from scientific and financial communities to brainstorm together on this audacious goal. Through the support of MIT Sloan School of Management (where the co-authors are based), Alfred P. Sloan Foundation, American Cancer Society and National Cancer Institute, a CanceRX conference was held June 16-18, 2013.

The conference steering committee convened a diverse set of stakeholders who normally would not have the opportunity to discuss, debate or structure such ideas. Nobel Prize winners shared panel discussions with credit rating agencies, investment bankers and university technology transfer directors. Medical research centres debated with business school professors on not only funding innovation, but also new business models to make R&D dollars sustainable and predictable.

Financing the cure(s) for cancer is a complex problem. However, the conference was smartly structured into different streams so that participants could analyze and understand the core mechanisms separately before thinking about potential implementation of the whole. The key issues included:

One may think that $5 billion – $30 billion for a disease area sounds almost too big. Can it really be done? It strikes me that perhaps we can learn lessons from history and what we can accomplish if we are united to achieve a goal. At the same time as the MIT CanceRX conference, G8 leaders were gathering in Northern Ireland to discuss the global challenges of today. Thirteen years ago at the G8 Summit in Okinawa, Japan, political leaders planted the idea of a fund to provide resources for infectious epidemics afflicting the world: HIV/AIDS, Tuberculosis and Malaria. A year later, African leaders in Abuja endorsed the idea and in two years, the Global Fund to Fight AIDS, Tuberculosis and Malaria was born.

To date, the Global Fund has raised $25 billion in commitments and deployed $20 billion in grants to fight these infectious diseases and to strengthen health systems in more than 150 countries. The Global Alliance for Vaccines and Immunizations, formed to fund vaccines for the poorest 72 countries of the world, has had its funding supplemented by the International Financing Facility for Immunizations and the use of capital markets to issue bonds on government pledges. These billions have been raised on a model of donor commitments and grants. Imagine what powers can be unlocked from the trillions in the bond markets if capital to fund disease R&D can be recycled back to investors and through the innovation value chain?

Ideas have always started with people. The co-authors of the original paper have further developed their model and brought in the smartest minds in intersecting fields this week to meet each other. These working groups need a chance, time and space to work together – can innovative finance for cancer find an early adopter?