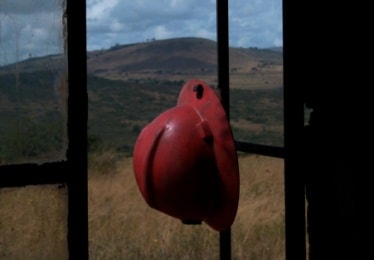 Source: They Go to Die

Over the past one year, I have completed a series of blog posts on this platform relating to tuberculosis – a (mostly) curable infectious disease that still claims approximately 1.8 million lives per annum.  The articles have focused on how ‘push’ and ‘pull’ incentives can accelerate research and development for new TB vaccines, TB drugs, TB diagnostics and improved TB care delivery methods to those living at the lowest rungs of the global economic ladder.  A conference was hosted to bring together strands of innovation, access and investment from across disciplines to overcome financial, political and systemic barriers of fighting tuberculosis effectively.

But there is one area where articles and conferences sometimes fail – at storytelling.  Researchers are often encouraged to share their findings through publications and data, but as good as aggregate data are at providing resounding proof, they also bury the underlying human stories and emotions that connect us all.  On September 14, 2011, in the midst of my TB innovation research at Cambridge University, I came across a twitter message that asked me to check out a trailer for a small documentary.  The trailer for the film, “They Go to Die” was hosted on Kickstarter – a crowdsourcing funding platform for creative projects.  I was intrigued.  For 4 minutes and 42 seconds, I sat transfixed to my computer screen; the trailer blew me away. Another TB researcher across the Atlantic at Yale University had taken a video camera and followed the lives of 4 miners affected with TB back home from the mines of South Africa.  The researcher needed $13,000 to finish his documentary.  I gladly contributed to my first crowd-source funding project that day.

Approximately 18 months later, on March 22, I sat in the auditorium of the London School of Hygiene and Tropical Medicine and watched along with 120 others, the London screening of They Go to Die.  The screening was hosted by RESULTS UK and Medsin UK and included an update by the filmmaker/epidemiologist behind the project, Jonathan Smith, on the events that have occurred since he first started the project.  Out of the four men featured in the documentary, only one, Mr. Mkoko remains alive today. Mr. and Mrs Mkoko addressed the International AIDS Conference last year on the power of the family unit in combating tuberculosis (Mr Mkoko’s children often gave him hourly reminders about his regimented pill-taking to fight HIV and MDR-TB co-infection).  Also last year, building on over a century’s worth of research into tuberculosis in the mining industry, a “Declaration on TB in the Mining Industry” was signed by 15 Heads of State from southern African countries.

What is research if research doesn’t help drive positive change? That’s the message that lingers with me from the documentary.  When we work in our worlds of drug discovery and development, we are very much upstream from the end patients we aim to help. A waterfall of decisions are made on clinical data points – some decisions affecting R&D programs, some affecting national policies and some in the way sectors operate. Perhaps sometimes we need creative mediums such as film to tell the stories of our data collected and to keep driving toward positive change for those that can be helped by our research, our actions and our united voices.