Ebola, and Working at Accelerated Speed 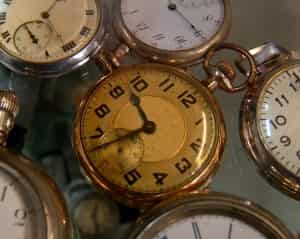 A short three months ago I wrote a blog about R&D leads in treating Ebola virus disease (EVD) with vaccines and therapeutics included in the Ebola pipeline.  The piece was sceptical about what could be achieved in the pace of product development, clinical trials and commercialization solutions for the emergency in West Africa.

Three months later, like many others, I am amazed by the response time by industry and coordinated action of governments, funders and implementors in accelerating R&D across interventions. Over this time period, EVD has also arrived on shores outside of the African continent in Spain, UK, France, Norway, Germany and USA. What I had considered early and unproven leads in August have now progressed rapidly to provide non-human primate data, first-in-man data and parallel planning for phase III trials, at-scale production, policy directives to deploy and supply financing.

The World Health Organization and partners announced on Oct 23, their earliest timeline yet, hopes of introducing a brand new EVD vaccine to the field at scale by Q1 2015. Two candidates are currently in Phase I trials (GSK ChAD3 and New Link rVSV) and as many as five more vaccine candidates may enter Phase I trials in January 2015. Depending on the Ph I results returning in December, one or both of the leading vaccine candidates will be scaled up to Phase III trials in West Africa in January 2015. The clinical trials are now being designed with care among expert stakeholder groups. It is proposed that the large cohort trials will start with 20,000 health workers in Liberia and potentially 8,000 more in Sierra Leone. The positive externalities would be that beneficial outcomes are proved, the highest-risk group of people would be the first to gain protection. At the high-level meeting on Ebola vaccines, industry manufacturers pledged to increase capacity for production so supply constraints in the worst-case outbreak scenario can be reduced.

WHO technical consensus on whole blood therapies and convalescent blood serums are a priority for suffering patients. However, due to limited supply of blood, infrastructure for blood screening, processing and administration from surviving EVD patients and difficulty in logistics, this currently cannot be deployed as a wide-scale solution. There is support for the clinical trials of small molecule drugs (antivirals) that can be quickly and affordably produced without manufacturing constraints. In addition, the RNA and monoclonal Ab approaches will also commence efficacy trials, but face additional implementation hurdles such as complex manufacturing and high cost of goods to produce, thus resulting in constrained supply.

Diagnosing EVD in a person infected for only a few days is difficult, because the early symptoms, such as fever, are nonspecific to the disease and could be another infectious disease (malaria, typhoid, lassa fever, etc.). The US CDC recommends ELISA testing, PCR and virus isolation to identify EVD patients from other diseases. However, these tests currently require laboratory work and diagnosis and cannot be deployed at first-screening point of care.

The WHO is working with the Foundation for Innovative New Diagnostics (FIND), a public-private product development partnership, to check technical feasibility and closest match to target product profile for an EVD diagnostic to be developed. Multiple molecular and antigen detection technologies are being tracked by the diagnostics consortium with the following plan for commercialization:

It is important to concurrently accelerate the diagnostics work with high sensitivity and specificity to EVD at the same time as vaccine development. One of the common side effects of vaccines is the slight fever post-immunization and the initiation of the host immune response in reaction to the attenuated virus. Diagnostics will help distinguish if the fever is a normal side effect or presence of EVD itself.

Continuous Tracking the Call to Action

As the EVD outbreak continues to drain health resources in West Africa, other health indicators in the region are falling – for example, with the general population being too scared to visit hospitals, expectant mothers, patients with malaria, lassa fever and other health issues are not being appropriately treated. As the health indicators fall and business climate is hampered, West African countries start the spiral of downward economic impact, which is felt across the continent.

The R&D efforts have been accelerated by the global community, but the on-the-ground management of containment and control goes on day by day. Some may say the global community should have had these antidotes prepared since EVD was identified in 1976, others will see the accelerated development speed as a sign of further global collaboration. What lessons does this teach us about controlling other infectious diseases? That investments in basic research is important and that we cannot start from ground zero in outbreak situations? That, if there is political will, R&D for diseases of the poor can be accelerated across all areas? Perhaps in a World Bank proposed Emergency Fund? Overall, investments in health systems need to be higher on the global health agenda, since countries are better protected against any emerging threat if they have a strong defence.

Many questions, and answers are probably all of the above.