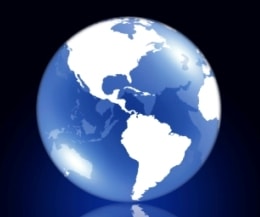 Continuing our interview series with life sciences venture capitalists to accompany a study on venture capital in emerging markets published in the March 7th, 2013, issue of Nature Biotechnology, we return to China. Our third interview is with a venture capitalist, who wishes to remain anonymous, from the one of the most prolific early-stage life sciences investors in China (14 innovation-focused investments to date). Previous posts are here and here.

How much early-stage life sciences activity is there in China, and who is driving it?

China always goes by the five-year policy plan set by the Central Government. We are in our 12th five-year plan, and one of the clear initiatives is investing in innovative science, and one area specifically relates to life sciences, medical devices and new drug discovery. A year or two ago, many cities started moving toward establishing biotech parks, life sciences parks – initiatives similar to efforts in the internet sector early on. The government is pushing scientific research in universities, but the quality of the research – whether it is innovative enough compared to the United States or Europe is another question. I think there is some catching up.

Most of the brightest researchers in China want to go abroad. That was the trend 10 years and 15 years ago. There is a reversal with a small group of talented life sciences researchers coming back due to the economy in the United States and Europe not doing well. These people are becoming involved in copy-cats, improvement of old drugs, and some purely proprietary discovery work.

The local government is incentivizing these returnees or sea turtles by providing them with facilities. Not much of this research has originated from China’s universities or research institutions. Most of the work is sourced from the proprietary knowledge of returnees who have been educating in leading foreign universities. The researchers see the opportunity of being backed by the government, so they come back and start their own companies. There are some licensing deals, but these are mostly occurring in Hong Kong and Taiwan. But the knowledge that they’ve come back with is dated by 5 to 10 years, and is probably already behind the United States and Europe, where science and technology advance much faster.

There is a clear critical mass of leading scientists who want to build up the capabilities of Chinese universities similar to what we see in the United States. I’m not sure that is happening yet. People move because of money. Singapore has tried to attract a lot of talent by buying them to build its BioPolis hub, and they have been doing it for over 10+ years. The results have been so-so. People come and go, and they never really got good results. In 5 years, I predict nothing much will change.

If innovative science is still emerging, what are venture capitalists investing in?

Most healthcare venture capital funds typically have a 10-year life, and are allowed to invest in the first 5 years, with the last 5 years for harvesting. They have to identify opportunities in China that fit into their own timeframe. This means being revenue and profit-driven. There’s nothing wrong with that, investors look for returns, and for companies like WuXi PharmaTech. Their model is clear – US-dollar revenue and RMB costs, that’s an easy mode, so a lot of investments have been made into CROs. However, the CRO space is saturated, and typically the first three leaders pick up the most market share.

The hottest thing is in pharmaceutical and medical device distribution. It’s valued more than technology because even if you have a so-so product, you can still push your product and sell, and make a lot of revenue. If you have a world-class product, but you don’t have a channel to the doctors, then you are just going to sit there until the copy-cats come, in a few years.

In our own portfolio, most of the entrepreneurs went abroad and then returned. Very little IP is sourced from China. Virtually all of it is in-licensed from abroad. Certain studies are still being done in the United States and Europe, and part of the development is being done in China to take advantage of the lower costs. The cost advantage of development in China is still very apparent even though it is narrowing due to currency depreciation, as well as the rising cost of the people.

What advice do you have for potential life science investors in China?

My advice would vary depending on the fund mandate. If your fund’s mandate is really growth and returns, then you need to identify such models in China, which are not difficult to find. Right now, whoever captures the distribution channel basically captures the bulk of the value. In fact, if you look across all industries, whoever controls the distribution channels has the dominance in that sector. The key thing is how to negotiate with management. You have to really identify a management team that can deliver, and sometimes the scientist isn’t the right person.

Don’t invest in early-stage technologies unless you really think that you are a very, very long-term investor. If you’re not a long-term investor, go with the China-distribution model with a very good management team. Firms such as TPG and Carlyle initially wanted to do more early-stage investments, but came to the realization of where most of the returns were and started participating in IPOs.