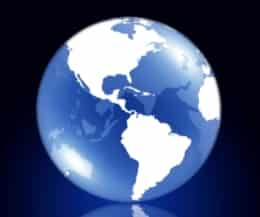 Continuing our interview series with life sciences venture capitalists (here for previous post) to accompany a study on venture capital in emerging markets published in the March 7th, 2013, issue of Nature Biotechnology, we turn our eye to India. Our second interview is with Aditya Kapil, who was a principal at VentureEast at the time of our interview in 2012.

What is your fund’s investment strategy?

Aditya Kapil: There have been some changes in terms of strategy with our second fund. Broadly, we looked at three life sciences-driven sectors – healthcare, food & agriculture, and cleantech – but what will change is that the amount of money  we will invest in pure innovation deals or pre-revenue deals will be much less this time around, due to the size of the fund. We did drug discovery, typically biotechnology-type deals in our first fund (6 out of 16 were early-stage drug discovery companies). It is unlikely we’ll have such a high exposure to things like that, with maybe 10-15% of the fund going to things like this. Another change is that our focus will be on India. Last time we had companies, which were outside India, and those companies had to have an Indian angle. Meridian has a drug for head & neck cancers, and only the clinical trials were done here. This time, all of our companies will be based out of India, because the life sciences space has changed significantly.

What types of innovation and deal flow do you see?

AK: There is a lot of deal flow in the early-stage life sciences, and we basically showed that there are a huge number of early-stage companies that are being funded by government. Several of those companies are coming to us for investment, which comes straight out of India. We have become known as life sciences investors, so we see a disproportionate number of deals. It’s a mix of CSIR-funded labs, and in-licensed technologies, as well as technologies within larger companies. The generics companies are realizing with competition from China that generics are not a long-term strategy, but listed Indian companies are averse to having a high R&D spend because the stock market punishes you for that. There are schemes where a larger company with an innovative project can get capital with four-year moratorium loans.

It’s slowly gaining traction – technology transfer processes are maturing and beginning to mimic the kinds of terms that you would find in the United States. Before, the university would have a one-time payment and those payments were paltry compared to the return to the company, but now you have milestone payments based on development as well as royalties.

What are some challenges in the Indian biotech landscape?

AK: Exits are challenging. In one instance, we were trying to sell one of our drug assets to a listed company in India via a share swap to avoid dilution. It took 14 months to execute on this deal and educate the company, so the M&A market is not very mature. The IPO market in India is very simple. You need revenue to IPO.

The Indian FDA is not the greatest in terms of quality and negotiating with them can take a very long time, and they don’t really understand the science behind a novel chemical entity. Even if you can get the drug past them, it’s very difficult to persuade physicians to prescribe, as they are happy with the drugs they currently use, and they rely heavily on big branded names. I don’t think India has made enough strides in normal drug discovery for it to be credible with local physicians. The marketing costs are very high. You could have a partnering strategy, but Indian generic companies are risk averse, so even in a partnership you would need to put in several million dollars.

What sorts of therapeutic areas are you interested in?

AK: Reformulation has becoming extremely easy, so we’re interested in modified generics in cardiovascular disease and diabetes, where India has some of the highest prevalence rates in the world. If I was looking at a new chemical entity, I would focus on the global market, and particularly oncology, where the need is much greater, and even a marginal increase in therapeutic value will result in a huge increase in the valuation of the company.

AK: As the competition for the CRO market has grown from China, and ‘big pharma’ has decided that it does not want to pay by the full time employee (FTE), CROs have begun to take on work that look like biotech/pharma deals. The pharmaceutical company provides an upfront payment and milestone-based payments, where the Indian company takes on risk, starting with targets and going all the way to pre-IND. This allows them to increase their fee from $90,000 per FTE to $250,000 per FTE, and allows the CRO to get paid in 18 months despite the risk being far lower.

What can government do to help replicate APIDC-VE’s success?

AK: Replicating what we did might be a good start, where the provincial government (Andra-Pradesh) was a 49% stakeholder in the original fund. What’s funny is that APIDC-VE was successful because something went wrong – the World Bank institute liberalization in 1992 or 1993, which led to the privatization of APIDC-VE, allowing it to have an entrepreneurial dynamic. But can you replicate this model?

I’m not sure you can replicate this model in a hurry. VC funds sponsored by the government have sprung up, but there is much lower team motivation. I don’t think the government understands exactly what they have to do. It takes a lot more work than throwing some money together with a group of people. We have the advantage of team longevity, and excellent performance. Our first fund had a 42% internal rate of return.

The reason why we are changing our investment style is that while $200 million is a small fund in the United States, it is a medium-sized fund in India, which is causing our deal size to increase to $8-10 million per company, and reducing our ability to do seed-stage investments. We’re still looking at innovation – we’re thinking of investing in a Phase 3 oncology asset out of Philadelphia.

How do you source your investments?

AK: Historically, deal sourcing couldn’t be through a network because there was no network in those days. In 2005, I went to the Biotechnology Industry Organization (BIO) conference in the US, and I literally went through more than 1,000 abstracts from the booklet they send you once you registered, and I shortlisted 100 projects that were not too academic, and not too large-company like – projects that I thought were in the sweet spot of venture capitalists.  I did cold emails and then got 12 of them to take appointments with me. Out of those 12, we made one investment. It was an important investment because that company had two different US venture capitalists (VCs), and that opened up US VC networks.

Today, we participate on the boards of India’s research institute incubators, and one partner has participated in a sub-body of the Department of Biotechnology. This is a full-fledged proprietary network that other VCs cannot access. Our deal flow today is unbelievable. Our total deal flow over the first fund was 320 deals, and we received over 320 deal proposals upon announcing this new fund, with about 85% of them direct contacts without an intermediary. So our effort from the first time has paid-off.

How does due diligence differ in India?

AK: Most companies are family-run, and there are cultural issues. Family-run businesses don’t like drag-along clauses or selling their shares, so we spend a lot of time talking to teams, and ensuring their interests are aligned with ours in terms of control and exit. The classic US term sheet is not executable in India as the family will not play ball with liquidation preferences from preferred shares, or pay to play clauses. Due diligence is also very difficult because documentation of data is not good. It’s more difficult to check the robustness of the science. It’s not because the quality of thought is poor. It’s that the rigor is not that great. What challenges do you face legally and culturally in negotiating term sheets? What are the major aspects in which the term sheets differ in emerging markets (information rights, liquidation rights, anti-dilution protection)?

Who are the entrepreneurs that are starting companies?

AK: It’s typically vice president or project-level people that have been in Indian companies for a long time, and are now willing to start their own thing. One of our entrepreneurs was the head of marketing at BioCon. They are the people who understand, but they are still a rare commodity in India. It’s slowly changing.