The Myths About Chinese Money for Your Startup 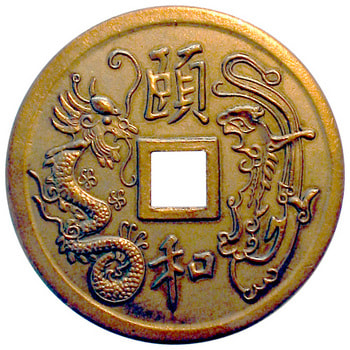 As I mentioned in Part 1 of this series, foreign bio-entrepreneurs are increasingly coming to China to look for money. They come with two major misconceptions: First, they think there is plenty of VC money available for biotech startups; and second, they believe they can get free funding from the government and local bio-parks in China. Unfortunately, the reality can be far from their perception.

Myth #1: There is plenty of VC money available around China.

VC/PE is indeed hot in China, and the market seems to be flush with money. However, most of the money is going to investment opportunities which are already at the PE/growth stage (read, “already showing profit”), or which can foresee an IPO within the next 2-3 years.

Many fund managers focusing on China self-describe as VC, but in reality are more like PE/late stage investors. This is especially true for the many RMB-denominated funds which tend to have a fund life no more than 4-5 years. There is very little money to support pre-revenue companies, or to fill the gap for the $2-10M Series A or B rounds.

To add to the challenge, while there may be over a thousand funds active in the market, there are probably no more than 20 funds seriously investing in healthcare and biotech, and only a subset of those will have an appetite for brand-new technology, which may take 5-8 years to commercialize.

Myth #2: You can get free funding from the government and local bio-parks.

The truth is that local bio-parks may be willing to provide land at low prices, and perhaps a period of free rental, for companies which are considered to be more “established” — but don’t count on the government for providing money required for working capital or R&D.

Various local governments have set up funds to support local technology development —but most of these are available only to local-based and locally registered companies. It is possible to set up a local operation in order to qualify for these funds, but the direct cost of doing so, plus the indirect cost associated with additional management complexity, may end up being greater than the amount of money that you can gain.

Many local bio-parks have a window of only 3 to 5 years in order to prove their success with economic results, such as being able to show evidence that their tenants are generating tax revenue for the local government, or at least demonstrating that they have been able to attract high-talent employees to their park. Consequently, they too are under severe time pressure.

My observation has been that during the first couple of years after their launch, many local bio-parks are willing to provide some free support — but the bio-park may not have complete infrastructure during that period, so effectively you are getting partial compensation for the “hardship”.

Moreover, if your firm is still at the stage of proving its technology, then your product development cycle may be longer than the tenure of the local party leadership — and if so, then chances are that you will not get more than a few months of free rent. (And as noted above, it’s likely that you will have had to spend some money up front anyway, in order to establish the local branch operation which was a prerequisite to obtain local funding.)

Sounds depressing? Well, the outlook for early-stage funding is actually starting to improve. As I noted above, the majority of VC/PE funds are still focusing on investment opportunities which offer the prospect of quick gains. However, as competition heats up for those late-stage deals, it seems likely that a considerable amount of money will likely spill over toward early-stage ventures.

Over the past couple of years, healthcare and biotech opportunities in China have started to receive a lot more attention from VC/PE firms. So even though there are still only a few active bio-investors, the number of potential funding sources is clearly starting to increase.

Moreover, Chinese pharma companies and biotech entrepreneurs are also increasingly hungry to get involved in great new technologies, and also to develop partnership opportunities with their counterparts in the West. China always changes at a speed which surprises people, and I believe that in a few years, or possibly sooner, there might be a lot more funding sources for early-stage biotech ventures.

So in a few years, if your company is lucky to live till then, there’s a good chance that you will be better received in China than today. But if you are thinking about building a China footprint in the future, it’s not too early to start exploring — as long as you have plenty of patience, and set appropriate expectations. For the reasons given above, you may not find money right away — but if you are lucky, you will make some good friends, some useful connections, and some potential business partners.

My next blog post will provide some initial advice for bio-entrepreneurs who are planning to visit China in order to start getting familiar with the environment.

(Karen Liu is a healthcare investor at a leading China based PE and VC fund. The views and opinions expressed here are entirely personal and may not represent those of her firm.)