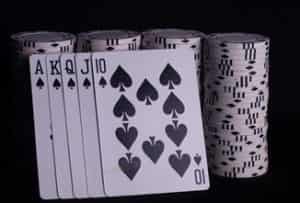 Grow up fifteen minutes from Silicon Valley and you will inevitably encounter entrepreneurs and their start-ups. One of my earlier experiences with a biotechnology-themed start-up was having a classmate’s dad stop by our sophomore year biology class to talk about where he worked. With the same classmate’s father, we also took a field trip to the research lab. This was back in 1998, where rather than mulling over the concept of a company built around one or two high-risk, high-payout products, I was instead fascinated with how professional and accurate their pipets were compared to the ones entrusted to us high school students. That company with the impressive set of pipets, Genentech, apparently had a number of other impressive assets: it went on to be acquired by Roche for $47 billion and has more than a dozen drugs approved by the FDA.

Still, even with success stories like that, the life of a bioentrepreneur may not seem as financially attractive as web entrepreneur. Digital startups are easier to create: liquid assets tend to take a secondary seat to free time and a novel idea. Instagram was a 13-man company without a business model, yet it was valued at $1 billion by Facebook, which might lead you to believe the folks at Instragram knew more about business models than they had let on.

I myself found digital startups attractive. In between undergraduate and graduate school, I helped some friends and colleagues build an internet-based music service from the ground up. We all were recent graduates, and other than a few rounds of angel investing to cover the equipment and time, there was no imperative to raise revenue. The original concept behind the company, MixMatchMusic, was to provide a medium for musicians to collaborate online, unhindered by constraints such as time zones and different languages.

When the smartphone, and apps, came along, the company reinvented itself as a readily accessible platform for established musicians to directly communicate new media, concert locations and ideas with their fans. MixMatchMusic didn’t become an instant blockbuster, but changing focuses enabled the company to finally turn a profit. This ability for reinvention is a great asset for digital and biotech companies alike – many pivot in mid-stride, either to keep ahead of markets or because an initial technology failed.

For biotech and pharma companies, it is well known that the likelihood of a single compound reaching market adoption is astronomical. It’s also understood that to get a product into clinical trials, one needs large cash reserves. Acquiring cash has little to do with science; it involves convincing, coercing and placating (not necessarily in that order) new revenue sources. Inevitably, those revenue sources, whether angel investor, VC, NPO or a larger biotech/pharma company, will make demands on anything ranging from primary endpoints and trial locations to document font and logo color. This appeasement of external organizations, while challenging, is a good problem to have. Attaining adequate funding to keep a company operational is one of the greatest challenges for a biotech start-up: where the financial needs are great and the chance of a payoff is slim and far in the future.

So now, 15 years after visiting Genentech and a month after completing my PhD, it’s my turn to take a risk. Recognizing that there is some jeopardy associated with joining a biotech start-up, I’m not inclined to seek employment with the first one that demonstrates cool science or boasts fancy pipettes. Rather, I’d like to take my time to assess the strength of each company. There are more considerations than I would like to admit, or you would care to read about here, but some of the important ones include: do they have adequate cash reserves to cover 1-2 years of operation, are they working toward a clear and evident need (such as Alzheimer’s) or something less critical (another LDL-lowering statin), do they have a single compound that they are focused on or a suitable pipeline to accommodate an initial failure?

I used to think of entrepreneurs as poker players who eagerly wait for their cards to manifest a royal flush. However, a few years of graduate school and a lot of time spent with people who have either started or are starting a biotech company has shown me that while entrepreneurs are not averse to risk, their strategy is to minimize it. They do this through intimately understanding their field of expertise and by recognizing that there are other like-minded entrepreneurs that they can collaborate with.