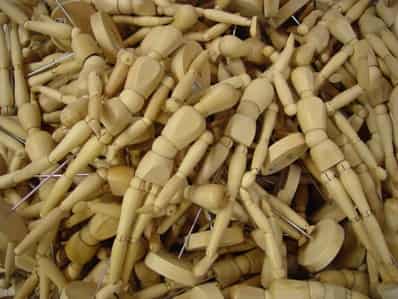 Beginning in the mid-’70s, Brazil prepared for a gene revolution. Patent, cultivar and biosafety laws were enacted in the ’90s before the commercial release of agricultural biotech products. Brazil has consistently invested in human resources training in science for the last 30 years. Science in Brazil is growing at a rate comparable to or higher than most developed countries.

Also, during the past 25 years, Brazil has trained excellent plant cell, molecular and developmental biologists at EMBRAPA research center CENARGEN (the National Research Center for Genetic Resources and Biotechnology), to team up with plant geneticists and breeders to develop the best programs for the tropics. Funds for molecular biology were applied to plant genetic engineering, but still, somehow plant breeding disappeared in Brazil during the last decade. Why is that?

Well, when the first genetically modified plant was commercially released in 1995, worldwide non-governmental organizations (NGOs) protested against it, a movement supported by the judiciary system in Brazil. We lost every legal action against the NGOs from 1997 on. One judge voting against the release of GMOs said he was judging a dispute between Greenpeace and Monsanto. The decision had nothing to do with science or what would be the best for Brazilian agriculture. It was a political and ideological decision.

The consequence was that from September of 1998 until 2005, Brazil could not commercially release genetically modified plants in Brazil. Those willing to do plant molecular biology and genetically modify plants even at scientific level were denied funds, as rules created by the Ministry of Environment in the country required years of endless justifications for scientists to release a field experiment. Beans engineered to be resistant to the Golden Mosaic Virus by applying RNA interference methods took almost 10 years to be released, with considerable opposition coming from NGOs, which garnered support by sectors of the Executive in Brazil.

What is really sad is that this is not isolated to Brazil. Plant genetic engineering in Europe is a shadow of what is was during the ‘80s, when Marc Montagu and Jeff Schell built the scientific basis for plant genetic engineering. Twenty years later, Ingo Potrykus is still struggling in Europe to bring his Golden Rice to market. This genetically modified rice has the potential to save the lives of millions of children in the developing world by fighting vitamin-A deficiency. Potrikus also has struck deals with dozens of biotech companies for patents on the technologies he used to create his rice. The world’s poorest regions of Central and West Africa would gain the most from the gene revolution. However most work in biotech by the large corporations are directed to soybean, cotton, cannola and corn — not much for staple crops. No wonder those representing developing countries feel excluded from the gene revolution.

Science and scientists are on the spot. Thousands die of hunger each day, mostly children. Ignoring this and not using the bioscience advances to attenuate this problem is morally unacceptable. Brazil surveyed recently its poverty. There are almost 20 million living at extreme poverty levels, close to 10% of the Brazilian population. They do not have enough money to eat two meals/day. In some rural areas of the Northeast the poverty average ranks twice the national average. It is imperative to have a global, science-based effort toward a less hungry world that builds jobs and focuses on major constraints for agriculture development in the tropics. This effort cannot be achieved if we demand never-ending biosafety analysis of products known to be safe. We must focus initially on plants resistant to drought, pests, and to soil aluminum toxicity, which affect more than half of tropical soils. Grasses capable of fixing nitrogen from the air are also needed (following up the work by Johanna Döbereiner, who died some years ago) to allow poor people to save the cost of oil-derived urea, which pollutes the soil and the water.

We can make the Gene Revolution work in the same direction as the Green Revolution did decades ago. We have a much more powerful science in our hands. We need an effective strategy to unite the world toward this goal. How do we explain to the developing world that almost a decade was required for the innocuous rice produced by Potrikus to be released, while a fast-track was found to commercially release a cosmetic that prevents wrinkles, purified from a neurotoxic protein from the Clostridium botullinum? Hunger is a world problem. Wrinkles are not. Poverty in Brazil is a small fraction of the world`s poverty, and Brazil will face it. What about the rest of the world? Can we ignore the advances of biosciences in this context? Think about it, please.