The Gene Revolution is in Africa 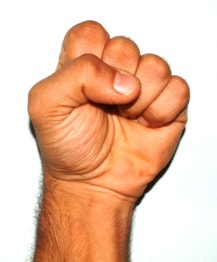 Those who went to the splendid seminar organized by Roberto Tuberosa in Bologna in  May of 2003 – titled In the Wake of the Double Helix, From the Double Helix to the Green Revolution – heard that the world’s poorest regions are the ones that could gain the most from the gene revolution, and also are the ones excluded from it.  During the seminar, the predominant voice was that the gene revolution had excluded the poor because no staple crops were on the agenda of the large corporations. In fact, most work by the large corporations is directed to soybean, cotton, canola and corn.

Plant genetic engineering in Europe today, for political reasons, is a shadow compared to what it was during the ’80s, when Marc van Montagu and the late Jeff Schell set the basis for genetic engineering in plants.  So it won’t be Europe that establishes a strategy to bring the benefits of the gene revolution to the poor. Still, the current state of agriculture in Brazil was built by just a dozen excellent geneticists, and I remember saying that all that Africa needed was 10 of their own to affect change.

The soybean revolution in Brazil was done by Romeu Kihl, and aluminum-resistant corn for the acid cerrado soil was done by Ricardo Magnavacca. The foundations of maize breeding had been previously done by the late Ernesto Paterniani. Eleuzio Curvello did cotton, Alcides Carvalho did coffee, during 52 years of his life. Dalmo Giacometti and Silvio Moreira tackled citrus. Marcilio Dias and Hiroshi Ikuta are the fathers of vegetable genetics. Raul Moreira, banana; Ady Raul da Silva, wheat; Frederico Menezes Veiga, sugarcane.

Plant breeding has continuously built cultivars to feed our seed industry. High-tech seeds and low-cost farming practices occurred in Brazil because of seed laws and plant breeder’s law. The agriculture in Brazil is competitive because it is cheap for the farmer. This September, I was in Uganda and met with Yona Baguma, from the National Crop Research Institute.  What he did with cassava is outstanding and has not been duplicated by any institution, including EMBRAPA – it has never had to. With little money, funded by the Millennium Science Initiative, a program of the Uganda National Council of Science and Technology, Yona Baguma used sRNAi to silence viral genes responsible for Cassava Brown Streak, a disease that causes 50% of yield losses and is transferred by insects as vectors (Bemisia tabaci) (1).

He will now will make cassava plants resistant to viruses and rich in proteins(2)(3). Every said trait can be introduced in varieties rich in Vitamin A. Cassava is a very important starchy crop in many parts of the tropics, and it is a vital staple for 500 million people globally and 200 million in the Sub-Sahara. Baguma wants to establish a national laboratory for genetic resources, at which he would collect widely the diversity of the cassava for future work.  The problem is that he has no funding.  He deserves long-term funding from institutions such as the Bill and Melinda Gates Foundation to establish a large-scale propagations system that will provide crop material for the entire Sub-Saharan Africa. The Gates Foundation is already funding the use of the gene revolution to breed bananas rich in Vitamin A. Uganda, however, needs a Biosafety Law to make possible the safe use of these GM varieties that are coming, much like the Biosafety Law established in Brazil.