No Genes, No Future 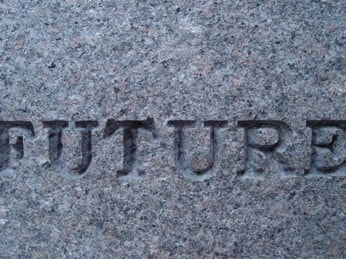 The biotech industry relies strongly on genetic engineering, and on genes being characterized and properly expressed. This was clear to me more than three decades ago, after Herbert Boyer expressed in California the insulin gene in E. coli. I’m a member of the Brazilian Academy of Science, and since the ‘80s, I’ve stated that countries that do not identify genes will never build a competitive pharmaceutical industry, or agbusiness industry, or, more recently, biofuels industry.

Well, Brazil does not have its genes, as they say. And its pharmaceutical industry has accumulated a US$7 billion debt, when comparing sales to importing. The genes coding for the enzymes capable of converting cellulose to ethanol will come from large corporations, such as Novozymes, Amyris and Ceres – all of which are already working in Brazil, benefiting from its sugar cane industry. Monsanto acquired Alellyx and CanaVialis, both related to sugar cane.

Because it’s important for Brazil that the best technology reaches consumers, I do not criticize that. Good partners are of course welcome. The problem is that when we move to agriculture, Brazil does not have a clear strategy to identify and use the genes needed for the plants of the future. Nevertheless Brazil is second in genetically modified organisms (GMOs) cultivated, behind only the US. So what is the problem? The price we have to pay for the genes.

The RR gene from Monsanto, for making plants tolerant to glyphosate, last year cost Brazil US$200 million for our soybean farmers. That weakens Brazilian competitiveness. Other necessary plant genes are in the hands of the large corporations. We can imagine that Brazil won’t be able to compete with China in the cotton business unless Brazil does not need to pay for the genes to the Bt technology. China has its own Bt genes, after all.

Fortunately for Brazil, we have a unique Bt gene toxic to Boll weevil, coming from Embrapa, the Brazilian Agriculture Research Corporation. Boll weevil costs to the cotton farmer $150 per hectare. EMBRAPA has a rich Bt collection with 4,000 mutants, and other Bt genes may be there. But it begs the question: Why doesn’t Brazil have the genes to build the pharmaceutical industry?

Laws, in effect prevent scientists from finding these genes in our own biodiversity – a problem that has existed since 2000 and controlled by the Ministry of Environment. There is a council called CGEN, but it does not operate. It is so prohibitive, it prevents The Butanta Institute from working with its own snakes (which they have being doing for more than a century), unless authorized by this law. Institutes like Vital Brasil, in business for more than century, suffer from the same fate. More than a hundred cases are suing scientists and institutions for collecting plants without authorization from the Brazilian Institute for the Environment and Renewable Natural Resources (IBAMA) – the right arm for the law. Even though he was authorized, researcher Elibio Rech, from EMBRAPA, was fined 100,000 reais (US$45,000) because he developed a technology from a spider web coding gene. He’s allowed to do the science, but not develop a technology. Then what is Brazil’s famous biodiversity good for?

This never happened, of course, with the Canadian Air Force, which has used this spider gene for more than a decade. The law (called a provisional measure) has been a disaster for the Brazilian biotech industry. We tried to get a new law passed for the past 10 years, but never succeeded. Brazil cannot waste more time. Will we develop the Bt genes? Who knows. The matter should move from the hands of the Ministry of the Environment, to the hands of the Ministry of Science and Technology, which previously had control of such matters through the National Council of Research – all of which was before the Biodiversity Convention and before the passing of the provisional measure just mentioned.

What do I think should happen to the provisional measure? It should disappear, legally. It is judicially possible for this to happen.