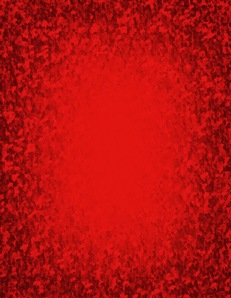 The pharmaceutical industry in Brazil grew 12% last year. Are there any indicators suggesting that growth is sustainable? What are the political policies behind this growth?

Brazil confronted hyperinflation from 1965 till 1994.The inflation climbed for three decades, comparable only to what happened in Germany during the 1920s. In June of 1994 alone inflation was 46.58 %. In 1994 the Plano Real (Real Plan) was launched when Itamar Franco was president of Brazil and Fernando Henrique Cardoso was ministry of finance (elected president of Brazil in October that year). Brazil adopted a new currency, the real, but it was recognized internationally only a couple of years later. Inflation dropped in later years but the cost of money to promote technological development in Brazil for many years and even today is the highest in the world.

For almost two decades one could buy public bonds and collect returns of 12% a year. Inflation was still very high, in the range of 6%, and when deducted from these bonds it would assure returns of 6% per year with zero risk. Who could possibly think to invest in technological development instead? In recent years, President Dilma Roussef decided to adopt a series of measures to reverse this trend. Public banks (Banco do Brasil and Caixa Economica Federal) decided to adopt lower tax rates for lending money. Of course private banks had to review their position, which for decades had resulted in the highest profits worldwide.

The common citizen and the small enterprises are now encouraged to obtain loans to promote their business. Interest rates (The Selic Index) are falling. For a long period this index was as high as nearly 20% yearly. Now it is down to 8.5%. That’s still very high, says Dilma Roussef. In the US this rate is close to zero. However when we compare inflation with the new interest rate the difference is gradually dropping, and those that benefited from easy money with zero risk might need to consider alternatives and eventually move in the direction of risk capital.

In truth, though, private risk capital is still scarce. So what is it that has promoted the growth in the pharmaceutical industry? Financing agencies (the Project Financing Agency, also called FINEP, and the National Bank for Social and Economic Development, BNDES) are lending money for technological development, including the pharmaceutical industry, to be paid back in 10 to 15 years, at subsidized interest rates coming in below inflation: 4-4.5 % per year. The loans also include three to five years during which only the interest needs to be paid. This is of course only available to enterprises that can demonstrate assets to back up these so-called reimbursable loans.

When we compare these policies to the series of crisis prevailing in Europe, the US and even countries like Japan, still struggling to recover from natural catastrophes, Brazil emerges as a new potential partner, as I predicted last year. It begs the question, though: where will the intelligence come from to support these pharmaceutical partnerships, should they take place in the coming years? As an answer, Brazil has adopted the most ambitious program in history to train young scientists abroad. Historically, Brazil extends 3000 to 5000 scholarships a year to train students in foreign countries. President Roussef now will fund more than 100,000 scholarships over a four-year period.

However, budgets are not elastic. This investment of billions of US$ dollars will come with sacrifice from other initiatives linked to the Ministry of Science and Technology. The general policy is a clear funding of the private sector and scholarships under government control.