GM Animals in the US 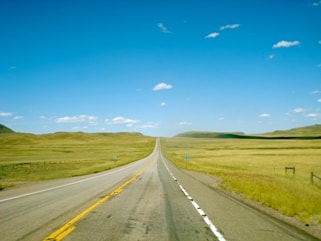 AquaBounty’s GM salmon has had a long road to approval.

An opinion piece in the NY Times earlier this month questioned the extremely long time that the FDA is taking to approve GM animals. The article considered the 17 years that have passed since AquaBounty applied for approval for its GM salmon from FDA (this process has not yet been concluded), and suggested that the FDA should ensure other promising genetically modified animals don’t meet the same end. The article pointed out that every application needs to be painstakingly evaluated, and not every modified animal should be approved, but it also pointed out that in cases like AquaBounty’s product, where all the available evidence indicates that the animals are safe, political calculations or unfounded fears should not keep these products off the market. If that happens, we’ll be closing the door on innovations that could help us face the public health and environmental threats of the future, saving countless animals, the article said — and perhaps ourselves.

Unfortunately this isn’t the only example. To date only one GM product resulting from the gene expression in animals has been approved by the agency: Atryn, produced by GTC Therapeutics of Boston, (now rEVO Biotherapeutics), an antithrombin protein effective to prevent thromboembolitic events.

It’s been 40 years since Herbert Boyer expressed an insulin gene in Escherichia coli and marked the onset of this technology. This happened 20 years after Watson and Crick discovered the genetic code. Genetic engineering has progressed to a point that today one can express any gene in any organism from bacteria to animals. Complex genes, structurally speaking, require complex models for their expression, and as such, bacteria will not adequately serve for the genes that require other systems (such as Chinese Hamster Ovary cells), plant and animal gene expression.

GM plants have progressed tremendously since the first ones were taken to the market in 1996. In 2011, 16.7 million farmers in 29 countries planted 160 million hectares, a sustained increase of 8% annually since 1996.

The growth there is impressive, but what has happened to GM animals? They struggle for approval at FDA, and this has forced scientists in the US to look for collaborators in other countries. James Murray and Elizabeth Maga from University of California at Davis are working with Brazilian scientists to obtain approval for GM caprines (goats) that express Lysozime and Lactoferrin in their milk for the prevention of infant diarrhea – an affliction that kills 2 million children every year. Their effort for approval at FDA is four years old and barely moving.

Surprisingly, UC-Davis twice tried to obtain funds from the Gates Foundation, but were not successful. Instead, they came to Brazil and obtained funds from the Ministry of Science and Technology, when I was a R&D Secretary at that Ministry. Diarrhea claims the lives of thousands of children annually in Brazil’s Semi-Arid region.

Lysozime and Lactoferrin are proteins found in humans. Let’s hope it’s possible for Brazil to approve these products before the FDA, because these kids cannot wait forever. This raises a question: will AquaBounty be capable of transferring its technology to other countries, such as Brazil? It seems unlikely, as the company will have waited at least 17 years for product revenue, and thus, funds will be scarce.