Brazil and Biotech: an e-Book 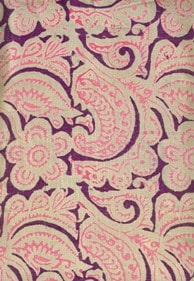 The efforts to develop biotechnology in Brazil now exceed three decades. It began in Brazil at almost the same time as the recombinant DNA technology, which became publicly known early in the ’70s, when Herbert Boyer expressed the insulin gene in E.coli.

A couple of scientists in Brazil repeated this experiment almost at the same time, and the interest in this area came to the agenda of a public company called EMBRAPA, which was founded in the ’70s to work with agricultural research in Brazil.

I’ve written an e-Book (made available by Bentham Sciences), covering almost two years of my experience in the pharmaceutical area, related to biotechnology. This was all new to me, since I worked all my professional life in agriculture. Since the ’80s, I’ve been building a platform to train young scientists in plant genetic engineering and molecular biology, hoping to incorporate this nascent technology into EMBRAPA’s plant breeding efforts. This work took place at The National Center for Genetic Resources and Biotechnology (CENARGEN) and added to the efforts of a dozen excellent geneticists.

The soybean revolution in Brazil was brought about by Romeu Kihl; aluminum-resistant corn developed for the acidic, cerrado soil was created by Ricardo Magnavacca; and the foundations of maize breeding had been previously done by the late Ernesto Paterniani. Also, Eleuzio Curvello produced cotton, and Alcides Carvalho, coffee, for 52 years of his life. Dalmo Giacometti and Silvio Moreira, citrus. Marcilio Dias and Hiroshi Ikuta are the fathers of the vegetable genetics; Raul Moreira tackled banana; Ady Raul da Silva, wheat; and Frederico Menezes Veiga, sugarcane.

Through all this, plant breeding has continuously built cultivars to feed our seed industry. High-tech seeds and low-cost farming practices were the result of seed laws and plant breeder’s law in Brazil. The end result is that Brazil can competitively produce nearly 200 million tons of grain because it is cheap for the farmer.

Brazil tried to follow the growth of commercial biology. In the ’90s, Brazil introduced protections for intellectual property around genetics, but that effort was not sufficient, and thus Brazil suffered through rampant inflation for decades even as it invested in biotechnology.

I’ve written this e-book now because Brazil has emerged financially and now has more opportunities in biotech than previously. The book is intended for those who want to know some of the history of biotech in Brazil, and to ponder the power of this technology and the opportunities we now have in our hands. Brazil may become a relevant actor in this area internationally, taking advantage of some circumstances here that are not available in other countries, particularly our biodiversity.

The e-Book describes adjustments that must be made to assure the success of our investments, particularly to the laws and regulatory framework. The book investigates the immense possibilities of agbiotech in Brazil, partly because the mechanisms of public private interactions are well designed and in operation. The public perception in Brazil and many other countries has turned against genetic engineering for political and ideological reasons: when the first engineered soybean resistant to glyphosate was released commercially a campaign against transgenic plants prevented the application of this technology in agriculture for almost a decade in Brazil. However, the world adopted recombinant DNA technology in the pharmaceutical area and most products utilized internationally by the public in this industry (including Brazil) are genetically engineered.

This is a perception problem that that has to be faced globally, particularly in Europe. The only solution is to focus biotech on the issues surrounding poverty (discussed in one of the e-book’s chapters). In the pharmaceutical industry in Brazil the context is quite different. Brazil lags behind many developed and emerging countries, and does not have an equivalent to EMBRAPA in the public pharmaceutical area.

The pharmaceutical area is growing, however (in 2011, up 14%), because the market is a demanding one. But it is growing without innovation. There are initiatives that pull large, nationally funded companies together as consortia, and which propose biosimilars for monoclonal antibodies with expiring patents, but there is no innovation as an initiative. Brazil has no contract manufacturing organization, and not one cGMP-facility (the first one will be inaugurated by Cristalia this year).

Because of this, Brazil cannot scale up its pharmaceutical products, nor can it properly conduct the clinical studies needed for registration at ANVISA. Brazil has never produced a block buster or registered a pharmaceutical product at the FDA. Large corporations in general do not invest in Brazil, claiming Brazil’s patent laws are not adequate. And finally, Brazil has no risk capital funds (Burrill & Co is a solitary actor).

There is movement in the right direction, however. The government is supplying loans for biotech projects, allowing repayment in 10 to 15 years, with subsidized interest and the absence of capital payment for 3 to 5 years. Also, the federal government and private sector are funding scholarships to train 100,000 students in the next five years at all levels from high school to PhD . This is great news, but there are many more problems that need to be resolved in the coming decade.

Many discussions on these topics in the e-book were first published on this blog, and can be found here. The published e-book can be found at here or here.