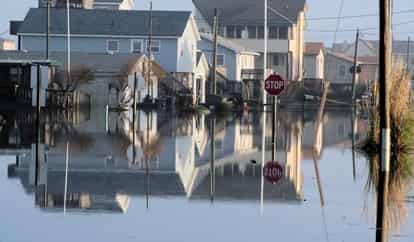 The threat of rising ocean levels.

The whole world gathered in Copenhagen recently for the XV COP for Climatic Changes. On the agenda was how to cope with the rise in CO2 emissions, which, in addition to ocean acidification, could elevate the ocean level as much as 60 cm by the end of the century. This will jeopardize those living on islands and along shorelines – it’s estimated 100 million people may be menaced. In fact, humans are pumping 7 Gt of CO2 in the atmosphere yearly. The level of CO2 in the atmosphere today is around 370 ppm – according to specialists, it needs to remain below 420 ppm through the end of this century to keep global warming below 2oC. Most solutions to reduce this trend are not short-term ones. An integrated approach to carbon abatement in the automotive sector could reduce global passenger vehicle greenhouse emissions by 2.2 Gt by 2030, much of it using proven technologies. Sugarcane-based ethanol produced in Brazil on 8 million Ha can be substantially increased, but that must be done without harming the environment. The ethanol produced from 200 million tons of corn in the US will help reduce greenhouse emission by car. Together both countries supply today only a fraction of what will be needed to replace the automotive fossil fuel in years to come.

This means abatement will not come from first-generation biofuels alone, but from a combination of second generation biofuel, traffic flow shifts and a mix of several other technologies. Carbon capture and storage can handle a few million metric tons of CO2 /year, while 6 billion metric tons of coal are burned each year, producing 18 billion tons of CO2.

Brazil hopes to revert deforestation in the Amazon that in the last decades claimed an area larger than Germany, according to the National Institute of Air Space – INPE. To accomplish this, the National Plan of Climatic Changes in Brazil was presented in Copenhagen, and it included efforts to achieve reforestation by 2020. This is a costly and long-term effort.

But deforestation is not a problem of the tropical forest alone. The vegetation of other ecosystem have been drastically reduced. There is just 7% of the original vegetation of Mata Atlântica left. The “Cerrado” is being destroyed at a rate of 0.5% a year. Inadequate use of this biome, for ethanol production, for instance, could destroy the 17% remaining of the Cerrado.

So what can be done if the level of CO2 cannot be kept under control? Geo-engineering proposes simulated volcanic eruptions to reduce the planet temperature and the level of ocean rise, based upon observations made after Mount Pinatubo volcanic eruption in June 1991. The eruption injected 10 Tg S in the stratosphere which caused detectable short-term cooling of the planet. One simulated injection of SO2 as an aerosol precursor equivalent to the Mount Pinatubo eruption every two years would cool the planet and consequently keep the sea level rise below 20 cm for centuries ahead, although the (relatively less deadly) ocean acidification due to CO2  would persist.

I attended several discussions on this subject where most people accepted this fate, like lambs to the slaughterhouse. I proposed a strategy to desalinize sea water for irrigation or as a source of potable water where water is needed most: arid regions of developing countries. If the ocean level rises at a rate of 6 mm/year and since oceans occupy 360 x 106 million Km2, the amount of water to be desalinized is 2.16 x 1012 m3. Considering that there is at least 10% of arid regions in the planet, this amount of water corresponds to only 14 mm of rain falling in 15 million square km2.

So the amount of desalinized water from ocean rise alone may be insufficient to irrigate adequately large areas. Desalinized water could also be stored in reservoirs and underground aquifers. Potable water is scarce in many regions of the world, particularly in the Sub Sahara. Lack of good quality potable water threatens today the lives of 1.1 billion, according to UNEP worldwide, due to infections resulting from unclean drinking water. Throughout most of the world, the most common contamination of raw water sources is from human sewage and in particular human faecal pathogens and parasites. In 2006, waterborne diseases were estimated to cause 1.8 million deaths each year, while about 1.1 billion people lacked proper drinking water. Thus, it is clear that people in the developing world need to have access to good quality water in sufficient quantity, be able to purify water and distribute it.

Most desalination plants yield around 107  m3 of desalinized water annually, in recent years. Alternative technologies may be needed to allow for desalination of 2.16 x 1012 m3/year, the equivalent to 6mm of ocean rise/year. A project alone that desalinizes water from the Red Sea in Jordan has the capacity to produce 850 million m3 of desalinated water/year. That’s 10 times the yields of the recent past and the cost will be more than $10 billion but will benefit Israel, Jordan and the Palestinian Authority. Under the leadership of the Ministry of Water and Irrigation of Jordan, the project may need to gather funds of close to $40 billion for its complete implementation; this is achievable if additional bidders come aboard.

The project will stand as a symbol of peace and cooperation in the Middle East. One project alone yielding 8.5 times 10 to the eight means 10,000 projects of this magnitude are needed. Ted Levin from the Natural Resources Defense Council says that more than 12,000 desalination plants already supply fresh water in 120 nations, mostly in The Middle East and Caribbean. The market for desalination according to analysts will grow substantially over the next decades.