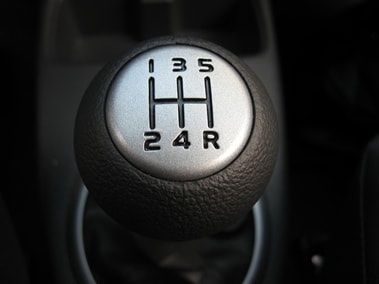 Slightly more than two years ago I made a contribution to Trade Secrets on the very topic I’m about to again write about. In fact I have been dealing with this subject over the last five years. I devoted a whole chapter of an eBook I published with Bentham E Books last year: Opportunities and Limitation for Biotechnology Innovation in Brazil. Why is this issue so important?

The only way Brazil can have the best drugs is to import them, and we import a lot of drugs. In the range of $10 billion and $20 billion annually to supply the SUS (Unique Health System), linked to the Ministry of Health. Why am I back to this issue?

Though the science and technology in the world today is incredible, every few years we’re obliged to review concepts and strategies, even if it is clear that there is no magic answer for all the questions we have on the table. And it’s important to remember that there are always new ideas. Brazil confronted hyperinflation from 1965 until 1994. Inflation climbed for three decades, comparable only to what happened in Germany during the 1920s. In June 1994 alone inflation was nearly 47%. It got so bad that when the Plano Real (Real Plan) was launched by Itamar Franco (President of Brazil) and Fernando Henrique Cardoso (ministry of finance, though elected president of Brazil in October that year) that we had to adopt  a new currency, the real.

Inflation dropped in later years but the cost to promote technological development in Brazil for many years and even today is the highest in the world. On the other hand, Brazil multiplied its science output by six since the ’70s, and it is now 2.6%. Nothing else has grown that quickly in the last forty years of Brazilian history. Brazil has now adopted the most ambitious program to train young scientists abroad: Brazil offered in the past 3,000 to 5,000 scholarships a year to train students in foreign countries. President Roussef now will fund more than 100,000 scholarships over a four-year period.

But what about the future? How do we adjust the pharma industry? Companies in the pharma business do not partner easily with each other. More often pharma buys what it needs. Partnering, as I’ve mentioned before, takes the issue to shareholders and may take ages to be finalized. The drug market in Brazil is growing continuously, but if Brazil wants to become an important player in the pharmaceutical area, I see only one way: change of paradigms. The large pharma firms are satisfied with their paradigms and will not adopt new ones unless they are convinced the new paradigm works and is profitable.

Whatever the goal for Brazil’s pharma industry – for instance, will it be biosimilar monoclonal antibodies? – our products must be able to compete here. Cesar Milstein, born in Argentina and the father of monoclonal antibodies, said in a conference: “between the good ideas and the Nobel Prize, (he won for contributions in this area), one must do the experiments.”

We need to do experiments, too, but our funds are limited, and we will not be able to compete even with South Korea, India and China, who are more experienced than we are at expressing genes in Chinese hamster ovary (CHO) mammalian cell lines, bacteria and yeast. Building manufacturing units to work with CHO cells in Brazil will take too long and will cost too much.

Instead of lining up against these countries to compete with Big Pharma, we need other kinds of biofactories. We should aim to express genes in the milk of mammalians, such as rEVO Biologics is doing in Boston. Of course, FDA has approved only one drug from gene expression in the milk of animals: Atryn. We have to demonstrate that monoclonal antibodies produced in the milk of animals will behave as they do when produced in CHO cells and will not be rejected by the human immune system. Sialyltransferases, which transfer sialic acid to nascent carbohydrate chains in MABs, must work properly as they do in the MABs produced by CHO cells.

rEVO is optimistic, and they are in the process of doing these experiments with MABs coming from genetically modified animals. Will that become the silver bullet? The results of the experiments will tell us.

One big way to shift our paradigm is investment. We invest modestly in science and technology. Compared to the US where R&D receives in the vicinity of $300 billion to $400 billion annually (from this issue of Science).We invest $20 billion. The Gross National Products of the two countries are not 20 times apart from each other. We should at least double our investments from multiple sources. Venture capital – the US applies $30 billion to $40 billion per year – is very scant in Brazil. Start-up companies cannot scale up their products.

Where will this money be coming from? Marcia McNutt, Editor in Chief of Science, said in a recent editorial: “today a growing number of billionaires invest in scientific research in the US philanthropically. They are unafraid to take risks and abhor bureaucracy.” This is another paradigm we have to establish in Brazil.

Of course we do not have a growing number of billionaires, and they are not philanthropists.