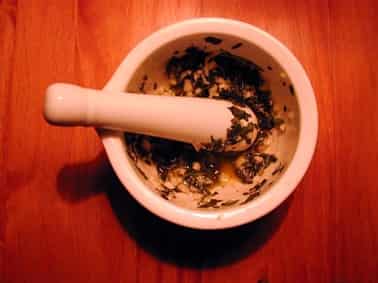 AquaBounty’s saga to register its GM salmon at FDA constitutes the longest case in history of a GM organism attempting to be cleared anywhere in the world. The United States has a role as leader in the subject of commercializing Gm plants as food. I wrote a letter to President Obama. Others have, as well. In mine, I basically said that science and politics do not mix.

In the last century Stalin denied the Russian people the right to study in the schools, he denied them the modern genetics of Thomas Hunt Morgan. Morgan won the Nobel Prize in Physiology in 1933 and established a Division of Biology at Caltech that yielded seven other Nobel Prizes. Russia today imports grain, a lot of it from Brazil, where the genetics of Morgan was —  fortunately – widely disseminated amongst our geneticists.

The United States has been a tremendous example to the world in dealing with science independently of politics. However, I smell political influences preventing a decision in the US.

The subject is not complex. I’ve read the AquaBounty proposal. If there are relevant scientific reasons not to register the GM salmon, I have not seen them. Regardless, if reasons exist, FDA must simply deny the registration. This has not happened, and the application has been in the hands of FDA for many years now. President Obama could easily ask for independent advice; he has hundreds of excellent scientists at his disposal in the United States.

Scientists in the US want to know the scientific issues FDA is wrestling with before denying or accepting the registration of Acquavantage. They stated so in a letter, which I also read in Brazil. We are all astonished with AcquaBounty’s struggle to register their GM salmon. A few months ago, we dedicated an entire page to this matter in Jornal do Brasil. When I wrote to President Obama, I did so as a concerned scientist dealing with molecular biology for half a century in my country – this technology could benefit Brazil. But I also wrote as the President of the Brazilian Biotechnology Society. I’ve also blogged about it before, found here.

A few months ago I attended and excellent International Scientific Congress in Brasilia. The subject was animal biotechnology. Aquabounty came up many times, and the general opinion was that politics are staying the FDA’s hand. This will leave a stain on the scientific history of the US. Credibility takes a long time to build but only one small example to be destroyed.

GM technology faces a continuous, political campaign against its use from European NGOs (though it is entirely devoid of fundamental science). Yet after decades of GMO consumption, there is not one example of demonstrated harm. Given the lack of action by FDA, one might wonder if the inhabitants of the White House are listening to the European anti-GMO campaigns.