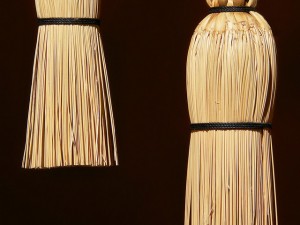 I have worked with plant genetic engineering since 1980, when I was at CENARGEN/EMBRAPA before the first genetically engineered plant was obtained by Luiz Estrella at Marc Montagu’s lab at the University of Ghent. More than three decades later, I see at least two almost unavoidable problems that still limit the release of GM organisms: the cost to perform all the experiments required by the FDA, USDA and EPA in the US – and by our Technical National Biosafety Commission (CTNBIO) in Brazil – is so high that only large corporations can handle them. EMBRAPA is the largest and most competent institution in Brazil dealing with biotech, but the institution could never take GM products to market unless through partnership with large corporations, something we did twice, once with Monsanto to deliver RR soybean, and the other with BASF to obtain a soybean tolerant to another herbicide. We could not afford to do it ourselves. Equally, universities and small companies could never get through the regulatory requirements by CTNBIO. Thus, we’re kept out of the market not by incompetence, but by regulatory costs.

The second unavoidable (and persistent) problem is the myth that transgenic organisms are bad for you, even after many decades lacking scientific evidence to support this. We at CENARGEN (building on the work done in Carlos Bloch’s lab) had peptides that could be genetically inserted into cocoa to prevent witches’ broom, a devastating crop disease. The cocoa industry did not accept this solution because the peptide was derived from the genome of a frog. We have a long-standing partnership with Elizabeth Maga at UCDavis to introduce by genetic engineering insulin and lactoferrin into dairy milk to reduce infant diarrhea that claims the lives of millions. The dairy industry, at least in Brazil (I cannot speak to Europe, where it may be worse), will never accept it because they believe that people will not consume a genetically engineered milk. One company in Brazil told me to produce insulin by my method and purify it, and said the company would then add it to the milk but would not say the method used was genetic engineering.

People think transgenes are bad for you. After seeing this persist for many decades despite a lack of evidence, I think this will not change, and what is worse is that industry and some regulatory agencies will not accept it. The Golden Rice has never reached the market, while millions die due to lack of Vitamin A. Even the GM sterile mosquito produced by Oxitec is waiting for approval by FDA. Fortunately the same mosquito was released by CTNBIO in Brazil where the dengue fever affects hundreds of thousands of people. So it is not only the cost – the FDA has never cleared a genetically modified animal.

Now we have gene editing using CRISPR-Cas9; in the US this technology is being vastly used. So far they have not faced regulatory hurdles because they are not transgenics.The regulatory agencies will now work to determine if rules are needed, according to Science. Certainly this will be the case if human embryos are intended to be targeted with gene editing, but probably not for plants and other animals.  The decision should come in July 2016.

I will keep my fingers crossed. This may end up being the democratization of genetic engineering because the technology is in the hands of everybody. In November, the Brazilian Biotechnology Society will hold its 6th Congress, titled Frontiers of Biology in Brasilia. The CRISPR-Cas9 subject will be discussed by distinguished speakers that I’ve invited from UCDavis and Oxford. Registration is now open.