Standing up for GMOs 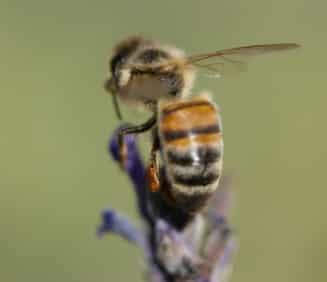 On October 25th, 2013 I blogged about standing up for preclinical tests, written after the Instituto Royal in Brazil was invaded by vandals. They destroyed all the laboratories at the Institute, stole more than two hundred beagles and forced the Institute to close its doors. Bruce Alberts and ten eminent scientists earlier wrote an editorial for Science with a similar title: Standing up for GMOs. This after activists destroyed Golden Rice experiments at the Philippines International Rice Institute. Golden Rice is waiting to be released commercially, while thousands die every year, blind, due to the lack of Vitamin A.

Vandals again attacked in Brazil. I call them terrorists, but either way, they invaded the premises of Field Experiment Station of Futuragene in the State of São Paulo and destroyed 14 years of science accumulated by this company concerning eucalyptus GM. About 1,000 women from Brazil’s Landless Workers Movement, or MST, in early March occupied the scientific research center of Futuragene to protest against the possible introduction of genetically modified eucalyptus trees in Brazil. They claim the honey of the GM eucalyptus is contaminated by pesticides. The eucalyptus could have been designed to be resistant to insects using a Bt gene, similar to a dozen plants worldwide. But these, in fact, were produced to reduce cellulose and shorten the life cycle of the tree. BIO, the lobby group for biotechnology, came out against this action.

Pesticides have been used since the end of the Second World War, when DDT was discovered and commercially used to control lice and later malaria. Sixty years later the European Union issued a partial ban on three neonicotinoids that were suspected to harm bees, butterflies and other non-target species. Cohort studies in the United States are beginning to map out the troubling effect of pesticides on the developing brain: exposure to pesticides could perhaps cause autism and intellectual deficiencies, said Phillip Landrigan, director of the Environmental Center for Youth Health at Mount Sinai.

Also, more than 300,000 people are believed to commit suicide every year by swallowing pesticides, a big problem in Asia. There is plenty of room for improvement when it comes to pesticides, yet it seems like we’ll never be without them.

The MST has never acted against the overuse of pesticides. Instead, the resistance to genetically modified crops in the world is scientifically inexplicable, and it seems to be far from an end, regardless that there has never been a recorded adverse effect to humans, animals or the environment.

Of course new technology always dislodges one in the market or prevents growth of ascending technologies. In this case, GMOs prevent the growth of “organicos.” The father of “organicos” is Prince Charles. He funds NGOs in Brazil to battle GMOs. It is hard to believe that activists are working without any financial benefit. There is no free lunch.