The Future of Sustainable Use Biodiversity in Brazil 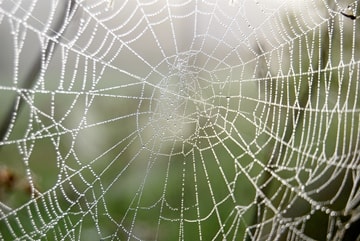 Brazil tried to lead the world in sustainable use of biodiversity over the last decades. It attracted the whole world for the RIO 92 summit and Eco 92. The most prominent authorities worldwide came to Rio and a host of countries signed the Biological Diversity Convention (BDC). The goal of the convention is the sustainable use of biological diversity and the fair and equitable sharing of benefits derived from the use of genetic resources, through the appropriate access to genetic resources and transfer of relevant technologies, taking into account all rights over these resources and technologies, and by means of appropriate funding – this is all in the first article of BDC.

More than two decades later, we unfortunately have to consider that the Convention failed to accomplish its first goal: conservation of the world biodiversity. Brazil fortunately did not lead this destruction but we must acknowledge that in the last three decades an area larger than Germany was devastated in the Amazon. Asia and Africa are even more drastic examples.

Also, the BDC never accomplished the equitable sharing of benefits derived from the use of genetic resources. This is mostly because benefits are protected by patents and there is no appropriate funding to assure technology transfer. Thus, I would have to say, unfortunately, that BDC was a big failure overall. But for Brazil? For Brazil it is even worse, because the principles advocated by the Convention were intended to be folded into national law, and this did not happen. These principles stated that one country could not benefit from the biodiverse richness of another without financial compensation. This is difficult because negotiations between countries in the subject of intellctual property rights are complex and results are hard to achieve.

In Brazil, the attempt to incorporate the principles of the BDC into law failed because sharing of benefits had to be exercised between scientists and indigenous people, and thus these actors had to deal with contracts in place before the benefits were known. The law (Provisional Measure 2186, 2001) concentrated the power for regulating access to genetic resources in the hands of the Ministry of Environment. It also created a council called CGEN (Conselho de Gestão do Patrimonio Genético) that controls the access to genetic resources in the worst way possible, and when Marina Silva was the Minister of Environment, she created an institution called Chico Mendes. A third actor in the process is IBAMA, which should be subordinated to the Minister of the Environment but in practical terms it is not.

The result is that all these actors did not work together and caused chaos. CGEN admitted that it does not know how to exercise the Provisional Measure, but continuously sued companies and scientists. It’s interesting to note that not one pharmaceutical product has been produced from Brazilian biodiversity (ACHEFLAN is the only exception, and it caused the company ACHE to be sued by CGEN). If one works at the Butantan Institute, home to a tremendous snake collection, and one wants to develop a pharmaceutical product from a snake poison, one must get an authorization from Instituto Chico Mendes. These authorizations take forever to be issued. Elibio Rech, a scientist from EMBRAPA, was sued because he wanted to work with spider genes encoding for important proteins. He was treated as if the spiders were going to disappear from the environment because of his experiments.

So what is the future of Brazil, the most biodiverse country in the world? A recent attempt to build a new law to replace the MP proposed by the government resulted in a version that is worse than the current. The CGEN is still there, and the control of genetic resources will be retained by the Ministry of Environment, even though there is opposition.

Attempts by scientist to go beyond science into technologies or products might still be possible. The Labor Party proposal lost and the “substitutive” won; the next step is that the “substitutive” will move to the Senate. It is still possible that some improvement will be introduced in the substitutive and improve the context greatly. Time will tell.