Biotech for the poor 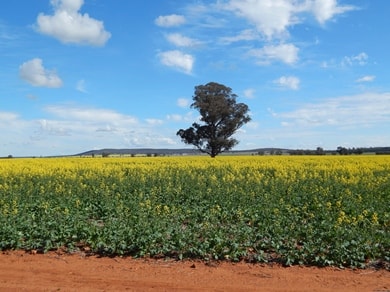 Genetic engineering started in the early seventies. It was called then Recombinant DNA Technology. The first successful experiment in genetic engineering was performed by Herbert Boyer, who expressed the insulin gene in Escherichia coli. Over the last four decades, the pharmaceutical industry has grown into a multi-billion-dollar sector, and in agriculture, more than 170 million hectares have been cultivated with genetically modified plants.

This occurred because the National Institutes of Health established very early on rules to assure the safety of the work done with this nascent technology. This after the Asilomar Conference that took place in San Diego, 1975, asked for a moratorium on use of the technology, fearing that use of virus vectors might harm humans. While there have been a few lethal cases in the pharmaceutical area due to viral vectors, there have been none in agriculture, and no harm to the environment.

In Brazil the development of biotechnology, as we call it today, flourished in agribusiness, to the benefit of six major corporations: Monsanto, Bayer, Syngenta, BASF, Dupont/Pioneer and Dow. Together these companies are responsible for the cultivation of more than 40 million hectares of GM crops in Brazil, second in the world only to the United States. This is about 20% of the total grain production in Brazil and about 22% of the whole Gm crop production in the world.

Yet we cannot say the same with respect to the pharmaceutical sector, where large corporations do not invest in Brazil. We have never produced one blockbuster molecule locally, we have never registered one molecule at the FDA, and we do not have a large-scale  infrastructure to work with gene expression in bacteria, yeast or Chinese hamster ovary (CHO) cells. Brazil simply does not innovate in the pharmaceutical sector. We import, formulate and sell drugs. Every year we buy from foreign countries billions of dollars of drugs to satisfy our demand.

In this blog I’ve said that we have to change paradigms, and build a competitive pharmaceutical industry in Brazil. Is this important for financial reasons only? Of course not. It is absolutely necessary for each country to have a strong pharmaceutical industry, but the benefits of biotech have not yet reached the poor. It needs to, and this is possible if we begin to express genes in plants. To our advantage, we can already express genes from any organism in other organisms, including plants and the milk of mammals. It can be done.

The question is, Who will benefit from it? In Brazil, agribusiness properties – which are quite large, more than 300 hectares apiece – take up 76% of the entire agricultural land. This group received last year US$40 billion to finance their crops.

Family farmers have property that occupies the other 24% of agricultural land, though their plots can be as small as 20 hectares. This family group received US$6.4 billion last year, and with this money produced most of the food consumed in Brazil.

Our proposal is to take biotechnology to some of the family farmers to add value to their products, while expressing molecules for the pharmaceutical sector to strengthen this industry.